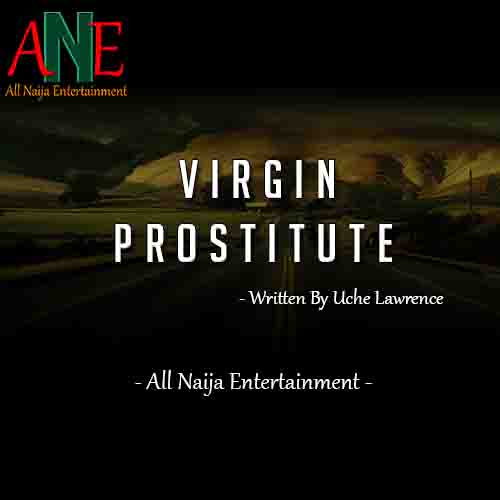 Is he really coming? I mean uncle Andrew. Who knows if he’s just saying that to make us scared and ready for him.

Gosh! What a total mess!

I turned to look at where I was shot, we really need medical attention.

Few minutes later, a boy came with a small box and opened it. A first aid kit.

He opened the cell door and entered. He dressed our wound, removing the bullets and bandaged our leg and arm.

I was expecting the guy who wants me this night. I hid the drug in my b**bs and waited patiently for him to come take me.

10 minutes of waiting, he’s still not here or has he sent anyone to come take me.

Maybe he’s busy or something. Whatever!

“Just can’t believe he’s dead like that.” Someone said, actually talking to another man.

“Victor just died like that! I wonder what killed him cause have know him has a fearless man.

Boss is gonna be mad to whosoever that killed him and won’t spare him.

“Wait, I didn’t hear that well. Vic… Victor is dead? Like how?” I asked myself.

My sister had slept.

“The guy is dead, the guy who kidnapped us is dead” I replied.

Wow! What really killed him?

“What?! Gosh not when we need him, in fact not anymore since he’s dead. Let’s just wait till tomorrow okay? We need to face what’s coming tomorrow” Eric answered and I nodded.

My phone rang and I picked it immediately, my lips stretched into a smile when I saw it was one of my boys.

Am coming to Russia today and that’s gonna be the end of those three.

They were supposed to be two but unfortunately that white wizard joined them.

“Sir, actually nothing… I mean yes there is.” He went silent for a while and continued again.

“Victor is dead” He said and I paused my blinking eyelids.

“What?!” I yelled, as I curled my fingers inward.

“How did he die? What killed him? Who was there when he died? Huh? Answer idiot!” I yelled again.

That guy was one of my best boys. The one I trust among the boys but he’s dead all of a sudden now.

“We don’t know sir, we found him on the bed, he was stabbed with a knife” The boy said.

“A knife? Who could do that? Cause am sure he can’t stab himself with a knife. Never.”

“We are still investigating sir, what about the new prisoners, are you still coming for them?” He asked.

“Not anymore, the person who killed victor also wants me dead too. I won’t be coming again till further notice” I replied and the line went dead.

I sat angrily on the bed and bit my lips hard adjusting my spectacle.

I ain’t going to Russia now, I need to be careful.

After three days I will surely come for Jane, Kate and Eric. And…. I think there’s a spy among us.

Once I get hold of that person, I won’t spare him and his family.

Wow? We’ve been waiting for uncle Andrew to come but he isn’t coming.

I knew he won’t come since he must have heard about Victor’s death.

Right after the death of Victor, everything changed. Some boys had been giving the prisoners a good meal.

Worst part, was them playing with us. Like seriously!

So they were all afraid of victor and uncle Andrew. But that isn’t my business now, I need uncle Andrew to be here.

I would love to let him see his daughter’s face and niece before he get arrested or probably die.

Am not wishing him death though but I think he deserve to die.

“It looks like your uncle won’t be coming here soon” Eric said, jolting me out of thought.

“Yeah, am sure he must have heard about that guy’s death and that would make him stay back a little before coming” I answered.

He looked at me and smiled. “Don’t worry, I, you and your sister will win this battle okay? We gonna put your uncle behind bars” Eric said, patting my head.

He raised my chin up and gave me a long deep kiss.

“Really? You guys forgot am here” My sister spoke turning to the other side.

“We are sorry” I apologized and she nodded.

Our cell door opened and the guy Philip came in with a mysterious smile on his lips.

What’s up with that smile? I wanted to ask but I kept quiet.

“Hi guys, good evening” He greeted and sat beside my sister.

He must really like my sister because he’s always with her whenever he came visiting.

“Hey Jane, how are you feeling now?” He asked Jane.

“Better, we’ve been expecting my so called dad but he isn’t coming why?” Sister Jane asked.

“Ohh! Well he said he won’t be coming again maybe it because of Victor’s death, I don’t know” Philip shrugged.

“He’s not coming again? What kind of man is this? Anyway whenever he’s coming just tell us okay? I need to tell the police retreat for some days.” Eric spoke and sighed.

“Okay, see you soon. I guess the guys are feeding you well now because am in charge now” Philip replied.

“In charge? After victor, you are in charge. No wonder the boys have been good to us” I said, folding my arms.

He laughed and stood up from the cold floor.

“Yeah, if possible I might get you a better place to stay but only two rooms and this prison is here.

Am sorry. Well, I have to say Goodnight” He said and gave Jane a peck on the forehead before leaving.

I could see my sister blushing.She must have fell for him and he too must have had feelings towards my sister.

Uncle Andrew! Uncle Andrew!! Soon I will see your end. You gonna rot in jail.
To Be Continued… . . .