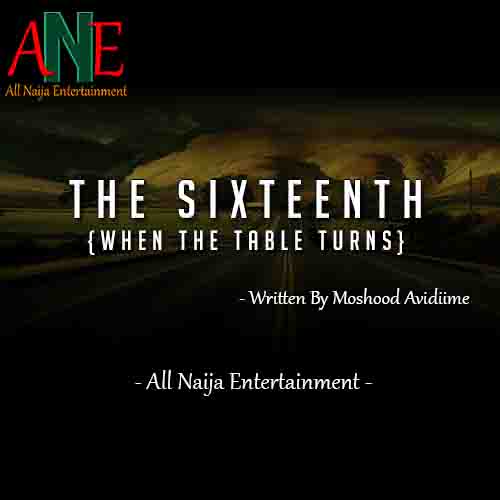 I looked up, towards the staircase, to a sight I didn’t understand at first. I had to be sure, so I blinked twice.
.
Stepping down the stairs, in the midst of two other guys and Olivia, was a girl I knew “very well” as Helen. The grin on Helen’s face to the surprise on my face was golden.
.
I couldn’t hide my shock. I couldn’t have been able to, even if I’d tried. My mouth was agape the entire time it took Helen (Mandy) to climb down that staircase. She was looking as ravishing as she could ever have been. She’d obviously taken out time to dress for this occasion.
.
Helen and I had met on a bus, sometime back. I am talking two years, prior. It didn’t take too long before Helen and I hit it off. Barely two hours into our journey, no one would ever have believed that Helen and I were meeting for the very first time.

It didn’t take too long before Helen and I discovered that we had a lot in common, too.
.
Helen and I had surprisingly studied the exact same course at university, we supported the same football club, we both hated traveling and wouldn’t be embarking on the trip we were currently on, if it wasn’t so important.

Helen loves to sing; at that time, Helen already had a couple of amazing songs recorded. When I told Helen that I am a songwriter, a music video director and even had my own record label (one that I was nursing at the time), she couldn’t believe the coincidence in our meeting.
.
I’d just finished “serving” at the time and was traveling back home, to see my family. Helen was on her final lap of service, at the time. She was on that trip, to see a friend. Every push to talk her into telling me the gender of this “supposed friend”, proved abortive.
.
I alighted the bus that day, before Helen (after we’d definitely exchanged contacts and promised to be in touch).
.
Helen and I kept in touch for the months that followed. We’d gelled perfectly, after our unbelievable chemistry inside that bus; in that short period of time, the months that followed, were seamless.

Helen and I were always on the phone, talking about “everything.”

Helen and I were just friends; very good friends. At no point in time did either one of us ever make a move to “be more”. We simply loved and appreciated what we had going on. Nursing the idea to be more just seemed wrong.
.
Helen was very “opinionated”. So opinionated that she could go to any length to prove a point.
(The same reason I believe I am standing right here, in her house, almost shitting my pants in shock, at this very moment).
.
During one of our numerous “back and forth”, I’d been of the opinion that, the way a girl could easily risk her life to travel over to see a guy she barely knew, the same cannot be said for a guy.

I’d said that “this move” is usually mostly engineered by the size of the man’s pocket.

Helen strongly held a different view on this. She strongly believed that if the tables were turned, eight out of ten guys would do exactly the same thing a girl would, in every situation.
.
Helen believes that even when a girl decides to take these “risks” of traveling over, to see these supposed strange acquaintances, to a reasonable extent, it’s not always at the beginning of their relationship. Helen strongly believes that they would have been in contact for quite a while, trust in so many forms would have been established and even at that, certain security measures are still taken before embarking on these trips, if they really have to.
.
“You can never be too sure, you know. A guy can pretend to be whoever he needs you to see him as, for as long as he needs you to keep believing what he wants you to believe, until he achieves whatever goal he’d set out to achieve with the act. Forget about all those security measures you are putting in place, Helen, you are leaving your comfort zone to a foreign ground. He has all the advantages there. Just pray that he is not evil at heart and only wants to knack”.

“Yes, I am not disputing that fact, Fred. We know these things, but we still find ourselves falling, every once in a while. There are a lot of factors behind these, and it differs for every girl. What I am saying, and need you to understand, is that a guy is no better. A guy will travel too, be it for sex or whatever you want to mask it as, but the fact still remains that he’ll be leaving his comfort zone too and the girl would have all the advantage to do “whatever”, if she also wants to”.
.
We went back and forth on this, making points we thought reasonable to us, but every time we did, the other person always had a counter for it. We finally ended that argument by agreeing to disagree.

This was after Helen and I had left each other with parting words.

“Well, I don’t know about your “eight out of ten men” statistics, Helen, but I know me. You know I already dislike traveling, so I don’t even see how that could ever be possible with me though…”

“…Moshooood, you are still not getting my presupposition. Whatever you think the reason these girls embark on these journeys are, if the tables were turned, eight out of ten guys would do exactly the same”.

Helen and I lost contact, months later.
.
Helen (Mandy) finally made it down the stairs to me. She ran into my arms in a big hug. I couldn’t even wrap my hands around her in reciprocation. I was still in shock; unsure what exactly was going on.
.
Helen (Mandy) made the introductions. She introduced Olivia to me as her younger sister and the two guys, as both her younger brothers. She introduced me to them as the “best friend” she has always told them about.
.
We all had dinner not long after. I could barely eat. I felt like a fish that’d been out of its comfort zone for too long.
.
After dinner, Helen asked that we take a walk. She apologized for not telling me that she was, indeed, Helen and had hidden under the disguise of Mandy. “Believe me when I say, Fred, it wasn’t planned. I’d called you that day, introducing myself as Mandy, but hoping that you’ll be able to recognize my voice, enough to know that I wasn’t. I simply thought to play along, the moment you asked me if I’d gotten your phone number from the radio station…”

I felt an ice-cold shiver run down my spine, at the sound of all of these.

“… Even when I had no idea what that meant, I simply said yes and, thank goodness, you didn’t press any further. At first, it was just cruise, Fred, but then, it got to a point when everything became real. I began to see a different side to you; a side different from what I’d seen before. We were too far gone by then. I couldn’t have begun to explain that I was not Mandy but, instead, Helen. It was just easier if you saw me for yourself, Fred. There was no way I could have come over as soon as you wanted me to, even though I would have loved to. Then, I remembered our conversation and thought to make you see what I meant, all those years. You can still remember that argument, can’t you?” Helen asked, as she fell on my chest in a hard laugh.
.
I stood there, staring at Helen with my mouth agape. I couldn’t believe what I was hearing; I couldn’t believe she did this to me.

I had a million and one questions flooding my head in that instant, but I was too mad, I felt too used, I felt too manipulated to even begin to form the words, to ask.
.
Helen apologized for everything. She claimed we didn’t talk deep enough to have thought the need to reveal any of these (pointing to her house) to me. “Will you not agree that it was better to have seen this for you, than being told?” Helen asked, with a smile.

“You told me that you were an only child. You told me that you were raised by a family friend, upon your parent’s death because your parents were also an only child. If you lied to me about all of that, how I’m I sure any of this (motion towards us) is real? How, am I sure what you claim to feel for me is true? How, am I sure it hasn’t all been a game? How…”

“… It’s not, Fred. I love you. I honestly do. I called you that day to reconnect with a friend, but I found a lover instead. Yeah, I know I lied about some things, and I’m sorry. You have to understand that it was just a cover background story for Mandy. I couldn’t have given you clues that’d have ultimately resulted in connecting these dots, na.” Mandy said, poking at me with her fingers.

“So if they ask you now, you’ll say that you have used me, Fred, to prove a point, abi?” I asked, with a very, bruised ego.

Helen (Mandy) giggled and said, “Not really. I’ve known this to be true all along; you are the one arriving late to the party.”
The End…