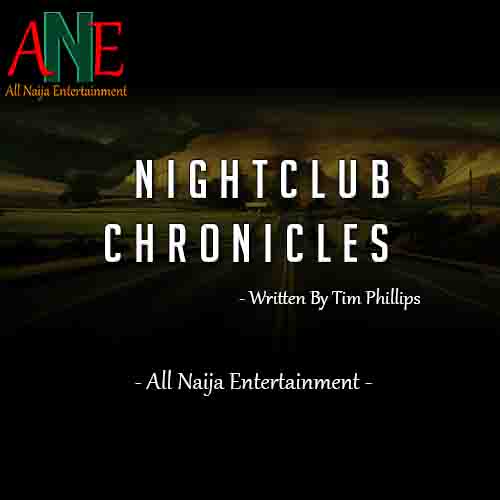 The chase was on. I was ready for an all night chase if they wanted it. However, just after about five minutes, I realized I had gained a good mileage on them. I couldn’t understand why at that time but was later to learn that their boss had called them to return to base.

I got home sweating and reeking of alcohol. Linda too. It was a close shave and there was no telling what would have happened to us if the vigilante had caught up with us.

I went straight to the bathroom to freshen up while Linda went to the kitchen to heat the food.
“Please, when you are done babe, can you join me in the bath?” I asked?
“Why?” She asked, eyeing me quizzically.
“Nothing, you know we are just back from clubbing. You need to clean up all the sweat”. I said, feigning innocence.”
“I don’t believe you, Big Baby, I know you. You want something else.” She insisted.
“Alright, I concede. You win.”

An hour later, we left the bathroom and went to the bedroom. I fell asleep as soon as I hit the bed because I was damn tired. It had really been a full day.

Next day, I went to work early in the morning while Linda went back to Limbe where she lived. I got back from work at about 5pm and after haven freshened up, I went to a mini supermarket in the neighbourhood to get some groceries. On my way back, I met an old friend of mine who had just moved to the neighborhood. He invited me for a drink and I obliged.

We were comfortably seated in the drinking section of the supermarket, sipping our drinks when I noticed a guy fighting with his girlfriend at the far end of the place. My first compulsion was to intervene. However, I had a streak of fighting in drinking places, so I decided to ignore them. I continued sipping my drink while my friend Philbet and I reminisced about our secondary school days.

I had almost finished my drink when I realized the fighting couples had come close to our table. The girl could not be intimidated and measured the guy pound for pound. I was enjoying the free entertainment when Philbet got up from his seat and moved towards them. I tried to stop him but he was quicker than I thought. He moved between the couple with the logical aim of separating them. However, fate decreed otherwise. A well timed slap landed squarely on his jaw. I wasn’t on his face but from the force of the slap and the sound that followed almost simultaneously, I was sure he saw stars.

He staggered for a few seconds, regained himself and lunged at the guy. He was greeted with a hook that made him staggered backwards. The couple had suddenly united and were attacking Philbet with anything they could find. They were under the influence of alcohol.

As a veteran club fighter, I couldn’t allow my friend get battered just for trying to save a situation. I picked up two empty bottles and moved towards them.
To Be Continued… . . .