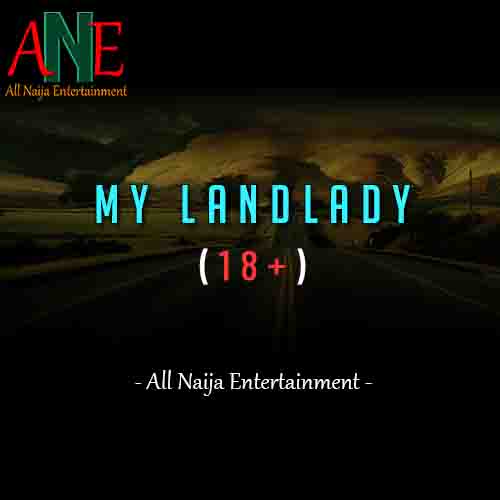 I live in a compound of 5 tenants minus the landlord and his family. My landlady is an Ikwerre woman, a voluptious average bodied woman with a nice set of racks. She has 1 boy and 3 girls. All are grown. This woman seem to be the heart of our problem in the compound.

Her husband is a cool man who overlooks simple things but this woman will fight for everything to make sure everyone understands that it is her compound. Everything…..water, parking space, light bill, etc. I never really found myself in such a situation with her cos I always tried to keep to myself. And she’s got pretty daughters that benefitted generously of her body type but I do not talk to them other than the regular greetings. Though I know that they like greeting me afterall I’m a young guy living in their compound but I seem not to want to be chatty with them. I like two of the daughters especially the eldest who’s a couple of years older than I am, then the last daughter as well. I know they like me too cos I’ve seen their glances and the way they linger around when they greet me or come to my house for something, hoping we might strike a conversation.

One day, I parked my car in the landlady’s parking spot and travelled cos it came up suddenly. I was away for 5 days before I went back home. I just got back that afternoon and met an empty and quiet compound. I put on the tv, took off my clothes and was about to hit the shower when a knock on the door redirected my route.

I opened it and saw the least person I expected to see…… (you guessed right), my landlady. She wore a blue blouse and a wrapper around her waist. Surprised, greeted her and she greeted me back and asked simply “why did you park your car in my space when you knew you were travelling?” I told her that I was sorry and that the journey came up abruptly, and that I was in such a rush to even think. I could see that she was furious and I added more soothingly that I’d move it right away. She seemed satisfied with my apology and smiled, then asked me how my trip was and she hope I brought something back. I told her that the trip was fine and that I did (even though I didn’t have anyone in mind when I bought the fruits and other stuff i came back with). I invited her in and headed straight to the kitchen while she waited in the sitting room. I had just come back with some of the items in my hand when she smiled and said “you boys and bad bad films. See the kain film you dey watch”. I turned and stared at the tv, they were showing an er0tic scene explicitly. I smiled and apologized, then walked towards the tv to turn it off when she said “are you a kid? you can watch anything you want”. I obliged her and replied “yes. but I no wan make konji hold me later”. She laughed and asked me how it could be when I have a lot of girlfriends. Then went on “e be like say you sabi, i dey hear them dey shout sometimes”. I couldn’t believe what is happening. I couldn’t believe that I am having this conversation with this woman. She’s hitting on me.

As the thoughts crossed my mind, I felt my junior stir and woke up from his slumber as if he was commanded “Arise little one”. Mind you he’s not little in any way. She noticed it and smiled, then said “I knew from the way you dey f**k those girls, you carry big pr1ck”. Bearing the encouragement no more, Junior arose in his might and in anger so that all who saw him might tremble in fear. I simply stood there contemplating on what to do when my landlady sighed, looked at me and sat down on my couch. ‘This is it’ I thought to myself. Then amazing myself, with my d**k pointing forward like a compass,…….no, more like a general leading his army to war, my feet moved of it’s own accord until I am standing in front of my landlady looking a bit smug and dumb(you can imagine the combination naa). With her eyes fixed hungrily on the bulge, she simply put her hand on my waist and tugged at my towel, it came off freely and behold how my Joystick sprang out. If it were the Olympic Joystick long jump, it would have made an ace.Anyway, it was there in front of her and she stared at it in disbelief, but with so much greed in her eyes that i thought she would chew it off with one bite. I prayed in my mind at that moment that she doesn’t know what a hot dog looks like before she mistook junior as one.

Then she grabbed it in her hands and rubbed it, then she squeezed it a bit harder and the Joystick thickened. She kept rubbing it without putting it in her mouth, then I figured maybe she’s not a Joystick sucker. I took her hand away and turned slowly and walked towards the room, stopping at the door to look back at her and smile. She got up suddenly and followed me, when she opened the curtain, i was nowhere. She was about looking around when I grabbed her breasts from behind, squeezed it hard and pushed her on the bed. As she fell, I reached for her wrapper and pulled it off.

I was dumbfounded. She’s got big round buttocks. I was in no way patient and i reached for her, threw open her legs and sent a finger on a quest to locate the clit. The thumb did while the others slid into her wharf. How slimmy and wet she was. I rubbed on her p*sshy some more and she moaned softly, with the other free hand I found her breasts and squeezed hard. It’s swollen already, i caressed the Tip and it hardened. I took one in my mouth and stroked the other Tip gently and she jerked her hips in response.

She moaned her pleasure. By now, she was very wet and my Joystick is hard and throbbing. I pulled my hand away and slid in my thick throbbing Joystick. We both felt the sweet sensation as my Joystick filled her p*sshy. I looked at her and couldn’t believe it….Jeez! I’m f**king my landlady. (She looked pretty getting f**ked. Maybe she is pretty. Maybe her attitude made me see her as an ugly wicked woman). I went at it, first taking her slow. Then slowly increasing y pace, I went hard, f**king her like a minx, pounding her hard like fufu. She threw her legs apart and I went deeper.

As I hit her like jackpot, her wetness made slurping sounds pleasurable to the ears. Her p*sshy is so sweet and juicy.
I put my lip on the unsucked Bosom and sucked away….what a merriment. Her blouse seemed to always come down to interrupt me so i took a moment to take it off. Now as i gaze down, i’m being gazed up at by a pair of beautiful racks. She has such an incredible body.

I thrust harder and faster and she held me with strong arms….oh! and is she strong? I was not deterred, I kept on thrusting deeper and harder while she made her ‘uuugh’s and aaaargh’s’. She reached her hand down my back and grabbed my buttocks and squeezed them. My Joystick hardened and she must have felt it cos she suddenly widened her eyes and looked at me while her mouth opened but no words came out. I increased my pace, watching her breasts bounce on her chest in response to my movements, then she wrapped her legs around my waist. I f**ked her harder and as i slammed into her, her breasts heaved east to west, sometimes to north and south. Then it occurred to me that her pretty buttocks is not being appreciated.

I pulled off, she tried to pull me back on but i declined. She moaned her displeasure, I turned her over. She complied and knelt, i dug in from behind. Her p*sshy embraced my Joystick in a welcoming gesture. I immediately started thrusting hard. she moved her waist back to meet my thrusts, i felt challenged so i applied more energy to the waist, bent my knee and started thrusting deeper and higher.