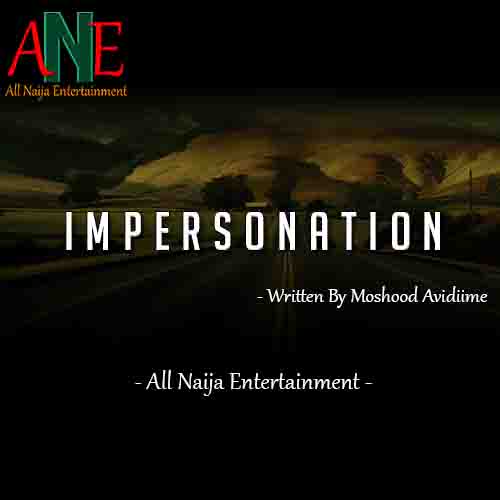 Aunty Haj became pregnant shortly after, and yeah, you already know this part of her story, K, because you were there. She lost that baby in a stillbirth.”
.
The birth of that baby was supposed to make all the suffering Aunty Haj had had to endure, worth it.

Losing the baby hit all of us, real hard.

I can still remember going into the ward to see Aunty Haj, moments before the evacuation.

With tearing eyes and her hands clutched unto mine, Aunty Haj reconfirmed what I already knew at the time. “They want me to accept the fact that my baby is gone, Moshood. They say my baby is dead but I don’t believe anything they are saying. I’ll be wheeled into the theater in moments, for evacuation but I am trusting God that I shall be wheeled back out, with a healthy baby. My healthy baby.” Aunty Haj said, with tears now streaming down her cheeks in that very frail state.

I was certainly hurting as much as Aunty Haj was. I’d been trying to stay strong the whole time. But seeing Aunty Haj in that broken state, broke me.

There was no masking it anymore.

My tears came pouring down as I struggled with words. “Aa…amin” was all I was able to mutter in response to what seemed like a declaration of faith, from Aunty Haj.

Aunty Haj never got pregnant again before her death.

Aunty Haj never really got over the loss of her baby, as she’d always reference him every time she came across a child that would have been age mates, had he been alive.

Aunty Haj fell really sick and was diagnosed with cancer.

The very day we got this result was “literally” the last time anyone ever saw her husband again.

This situation broke Aunty Haj more. I believe it even played a role in how fast her condition deteriorated.

There was only as much as we could do for Aunty Haj from then on, even though we didn’t relent in fervently praying for a miracle to happen, while at the same time ensuring she didn’t miss any of her chemotherapy sessions.

Aunty Haj’s condition was diagnosed late and all chemotherapy was doing, (according to the doctors) was prolong the inevitable.

So on this day, I woke up feeling unusually restless. I couldn’t really place what this obvious premonition was but, whatever it was or whoever it was about, one thing was sure, I knew for certain that it was going to be alarming.

I was still in school at the time.

I was scared to even by the slightest of chances, assume that Aunty Haj could have been the source of this uneasiness I was feeling.

I tried to take a nap even though I wasn’t by any way sleepy. I’d hoped that trying to catch a sleep would snap me out of this ill feeling I was having and hopefully, wake up feeling a lot better but it turned out to be a terrible idea.

I just kept rolling from one end of my bed to the other, feeling even more restless.

My heart then began to pound so hard, it literally felt as though I was going to pass out.

This restless feeling kept increasing by each passing second and yet, the reason “WHY” was yet to be established.

Premonitions are not unusual for me. I’ll often get them when something terrible or sometimes good had happened, or is about to happen to someone “very” close to me.

I reached for my phone and began to dial every single number I could think of.

The pound in my chest got heavier each time the person at the other end of a call affirms to being perfectly fine.

Before long, I exhausted my list of numbers after calling people I shouldn’t even be calling.

I was then left with just one number.

The one number I knew I ought to have started this whole soul searching with.

But how could I have?

I began to soliloquy…

“Could something have happened Aunty Haj? Of course not. Aunty Haj is fine. She cannot not be fine now. Ha! What does she want to become of me? I am yet to blow and flex her like she deserves naw. I never even marry. Who she want make e carry my pikin? What happened to all the teasing about never thinking to ask any girl to abort, if she discovers that she is carrying my child because you’ve got a back, wide enough to carry my baby, Aunty Haj? When at loggerhead with her sister and need a make-up strategy, who do you expect me to go to…?”

I couldn’t hold back the tears that came with just imagining the worst.

The sound of my ringtone snapped me back to reality.

I reached for my phone; picked up the call and there it came. The reason for my uneasiness.

“She is gon…She’s gone…She is goooooone” was all I heared, repeatedly, amidst a lot of cry and screams from the background.

I have no idea what happened to me afterwards.

I woke up to lots of missed calls. My face, wet from what I presumed was tears and the day that was bright the last time I checked, was now very dark.
.
I couldn’t make it home for Aunty Haj’s burial.
.
Staring down at Aunty Haj’s grave weeks later was hard. I still couldn’t believe that she was the one that now resided down there, never to be seen again.

I miss her so much.

It’s been well over three years yet, it still feels just like yesterday.

Some days are better than others, in grief.

There is a hole in our hearts Aunty Haj’s departure has left. A hole I am sure would never be filled.

Most times, we pretty much just try to avoid talks that bring her up in the mix. Not because we don’t want to or we’d rather not, but because of how much sadness the reminiscence of her brings.

“They say TIME heals every pain, K, but I wonder if the author of that phrase knows that there are certain exceptions to what TIME actually heals. I think Aunty Haj is one of those exceptions. As a Moslem, I am expected to believe, without an iota of doubt that as bad as Aunty Haj’s situation might seem, it could have been worse and for that, I should be grateful. And I am. I believe. I do, wholeheartedly. But sometimes the human aspect of me kicks in. Every once in a while the question WHAT IF, pops up. WHAT IF our society had never made it seemed like a woman is absolutely incomplete without a man, running as the head of her affairs? WHAT IF we lived in a society where successful single older women are seen, appreciated and respected for their accomplishments and not in the same breath, assume a man in her life is the only piece missing? WHAT IF we lived in a society where married women don’t constantly make their unmarried friends feel inferior simply because they now go by Mrs.? WHAT IF we lived in a society where we all understand that marriage is not for everyone? WHAT IF desperation hadn’t pushed Aunty Haj to feeling the strong need to settle, hence jumping into that marriage with a man she barely knew. Maybe, just, maybe Aunty Haj would still have been in our midst right now. Nothing connects uncle T to what happened to Aunty Haj but then, he is not completely exonerated from blames either. Had it not been his nonchalance and carelessness in affairs that had to do with Aunty Haj, who knows? Maybe her condition could have been diagnosed sooner than it took for us to find out…”

It didn’t take me long before I joined.

“This was what you narrated to my Father?” Kate asked, muttering, as she wiped tears from her face after taking a minute to catch her breath.

“Yes, K. It was the reason for me overly being silent all through that ride home with him. He tried to cheer me up though, by doing all the talking afterwards. If Aunty Haj’s story had gotten to him, he was strong enough not to have shown it.”
.
Kate leaned towards me with her arms widely spread. She held me in there, for a hug. “Time indeed heals every pain, Moshood. But what that means is different from your interpretation of it. It doesn’t mean a time shall come when you’ll forget that Aunty Haj ever existed. No! It means that, a time shall come when talking about her wouldn’t be this hurtful. This time frame differs for individuals, depending on what place the deceased held in your heart. You’ll be fine, Mosh. I promise.” Kate said, with a compulsive smile.

The End.
.
.
Kate eventually got married in December, last year.
.
I had the privilege to sit from across her husband a couple of times before their wedding and I can tell you for a fact that Kate nabbed a “good one” in him.
.
They are both expecting their first child to be born early next year, as Kate is already a few months pregnant.
.
.
Everybody get em time.

It’s just wrong to assume that it should have happened to you, simply because it has happened to a lot of people you know.
.
I fess you graduate no mean say I go fess you get work, sheybi you know?
.
Dwelling on what you don’t have and getting depressed in the process, makes you unappreciative of the multitude God has given you.
.
It’s okay to want more.

It’s okay to pray that your life turns out in a certain way but never get depressed when it seems like your prayers is taking forever to be answered.

I Started Singing To Get Girls – Patoranking

TCN: We’ve implemented new technology to enhance the performance of the national grid