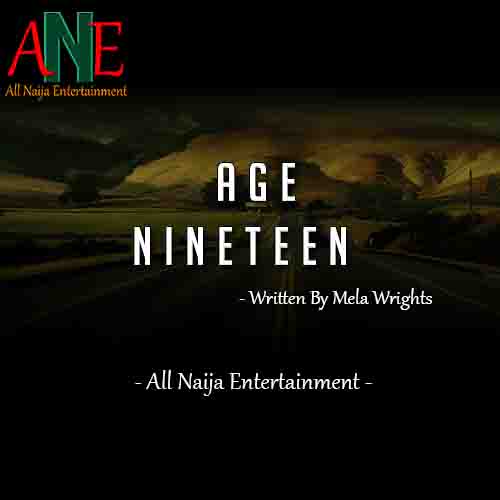 It was only two days left to my birthday, when dad managed to contact the family of the girl that laid the curse. Expectancy hung in the air, I could hear my heart pound, as we sat in their living room waiting for either the lady or her parents. Ten minutes seemed like forever. Not long after I had lost hope of the woman showing up, their curtain slid open and an elderly woman came out.

“Good day ma” My father said, and stood up from their sofa. I stood with him. After we had introduced ourselves and our mission, the woman was so irritated, she swore to throw us out of her house. I went down on my knees, hoping that would help and it did. “Please ma! Neither my sisters nor I knew anything about this curse but we are the ones that are being affected. If for nothing, for my sake. Have mercy” I pleaded. She seemed to have been moved by my pleas, she asked me to stand.

“I regret to announce that the curse can not be broken.” She said with a tone of excitement. “But why ?” I queried, letting the tears flow. “The lady who laid the curse is dead. She died at the age of nineteen, in a bid to abort the baby that your father had denied.” She said to me and spat out. I looked at my father, he was equally weeping. With a tone of defeat, he said to the girl’s mother “kindly show me to her grave.”

We stood at her grave, which was beautifully decorated. My father knelt down, and began to weep again. This time even harder than before. “Anabel! Have you not punished me enough ?” He asked the girl that was resting. My eyes widened. I was eager to ask him, but it was obvious that he wasn’t in the mood for any conversation. So I asked the girl instead “You were named Anabel ?” “Yes, a voice responded.” I could depict grief from her words, and chose my words carefully in a bid not to hurt her even more. “The only criteria for breaking the curse, is for your father to confess to your mother.” She said to me.
*************************************************
For the first time since he returned from his tour, my father smiled. “I believe she has forgiven me.” He said to me as we drove back home. I wanted to ask my father why he named his first daughter after her, but I changed my mind. “Father, does my mother know about this ?” I queried. He hesitated a little bit before answering. “She doesn’t.” I instructed my father to ensure that he narrates the whole story to my mother, and he promised me that he would.

It was a few hours to my birthday. My parents hired professionals to set up the party. The cooks made sure that they disturbed my rest with the pleasant aroma that came from the kitchen. My father was relieved, he nodded to the beats from the speakers. Everyone was happy, all but my mom.

She constantly walked past my bedroom door, turning on the light. When I asked her what the matter was, she smiled and left. I saw uneasiness in both her eyes and her smile. I joined them in the kitchen to satisfy my craving for doughnuts and she sat next to me, watching me munch it.

It was few minutes to twelve am. My party was to begin by eight am, so I needed rest. I tried to excuse myself, but my mother refused. She suggested that I sleep in her bedroom. Seeing that she wasn’t willing to change her mind, I decided to spend a few more minutes with mom and the chefs in the kitchen.

The instant the clock struck twelve am, everyone shouted happy birthday to me. I smiled and stood up to give my mother a hug. She was barely three steps away, but that felt like taking three hundred steps. I felt dizzy, and could visibly see stars. Asides the voices of my parents and friends, I could hear my sisters and my dad’s highschool lover. I could see them as well. “You tried your best, now it’s time to rest.” My eldest sister said and opened her arms to welcome me. Right there in the kitchen, I collapsed. I heard a voice, from a place that sounded very distant ask “is she really dead ?”
To Be Continued… . . .