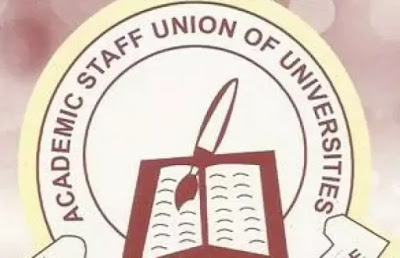 The National Financial Secretary of the Academic Staff Union of Universities, Prof. Ade Adejumo, has blamed politicians stealing funds for the hardship currently bedeviling the country.

Speaking in an interview with Saturday PUNCH, Adejumo called on the Federal Government to concentrate more on the fight against corruption in order to effectively meet the demands of the masses.

According to him, Nigeria’s economy would not be suffering a setback if the government had taken more serious efforts to block all loopholes in governance.

“Let us call a spade a spade. There is money in this country. Just that people are stealing the money. If it’s possible for a former accountant-general of the federation to steal about N170b; a single person, you can imagine how people in that category are playing around with stolen funds,” he said.

Prof. Adejumo added, “It is not the question of non-availability of money but an issue with proper management of it.

“The government should sit down, look into the issue of corruption and block all the loopholes where money is being wasted and stolen by people. They are milking the nation.”

Speaking on the ongoing strike, the professor from Ladoke Akintola University, Ogbomoso maintained that it’s out of place for tertiary institutions in the country to continue to be under-development while funds are being siphoned by self-centered politicians.

He said the demand by judges for a salary scale-up to N10 million where a professor’s current earning is below N500,000 is an indication that the government does not place priority on education.

The professor said, “This speaks to the level the Nigeria nation holds academics. In a country where a professor goes home with less than N500,000 and the judges are fixing their salary for N10 million per month.

“It shows what is going on in this country and also it justifies what the union has been saying that our take home presently can no longer take us home.

“I don’t know how the judges arrived at what they were asking for. But of course, they must have considered the African average of what a judge goes home with in other places as well as conversion in dollars.

“It also shows how far our naira has gone down. Those are the issues that should be addressed by the government. If the naira is strong, and you are earning 20,000 a month and you are able to do all you are to do, no one will call for an increase in salary scales.”

Reacting to the two weeks ultimatum given to the minister of education, Mallam Adamu Adamu by President Muhammadu Buhari, Professor Adejumo said, “It’s a welcome development if the issues are resolved and our demands are met.”

“That’s what we have been saying all this while, this crisis wouldn’t have lingered this long, if the government had sincerely sat down and addressed these issues.”

“Now it appears the government is waking up and we hope they will see this one through so that we can go back.”

The union’s strike action which has entered 159th days on Saturday (today) began following disparity over the adoption of the Integrated Personnel Payroll Information System of the government as the payment system for university staff members, poor funding of universities, non-payment of salaries and allowances of some staff, as well as the failure of the government to pay earned academic allowance to lecturers.