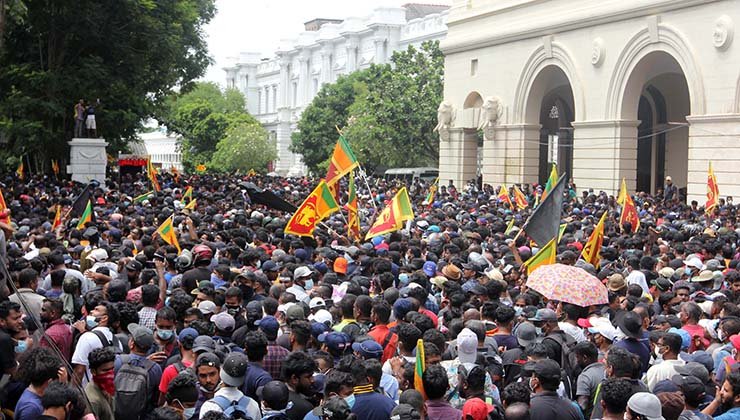 Sri Lanka’s besieged presidential office will reopen on Monday, police said, days after anti-government demonstrators were flushed out in a military crackdown that triggered international condemnation.

Soldiers were forced to rescue then-president Gotabaya Rajapaksa from his nearby residence on the same day, with the leader fleeing to Singapore and resigning days later.

Troops armed with batons and automatic weapons cleared the 92-year-old presidential secretariat in a pre-dawn raid Friday on the orders of Rajapaksa’s successor, Ranil Wickremesinghe.

At least, 48 people were wounded and nine arrested in the operation, during which security forces tore down tents set up by protesters outside the complex since April.

“The office is ready for reopening from Monday,” said a police official Sunday, who declined to be named as he was not authorised to speak to the media.

“The siege of the secretariat, which lasted since May 9, has now been lifted.”

Police said forensic experts had been called in to check damage to the Presidential Secretariat and gather evidence.

Western governments, the United Nations and human rights groups have condemned Wickremesinghe for using violence against unarmed protesters who had announced their intention to vacate the site later on Friday.

Wickremesinghe defended the crackdown and said he had told Colombo-based diplomats on Friday that blocking government buildings was unacceptable.

Police spokesman Nihal Talduwa said protesters were free to continue their demonstrations at a designated site near the presidential office.

“They can remain at the official protest site. The government may even open a few more places for demonstrators in the city,” Talduwa said Sunday.

The military operation to clear the secretariat building and its immediate surroundings came less than 24 hours after Wickremesinghe was sworn in and just before a new cabinet was appointed.