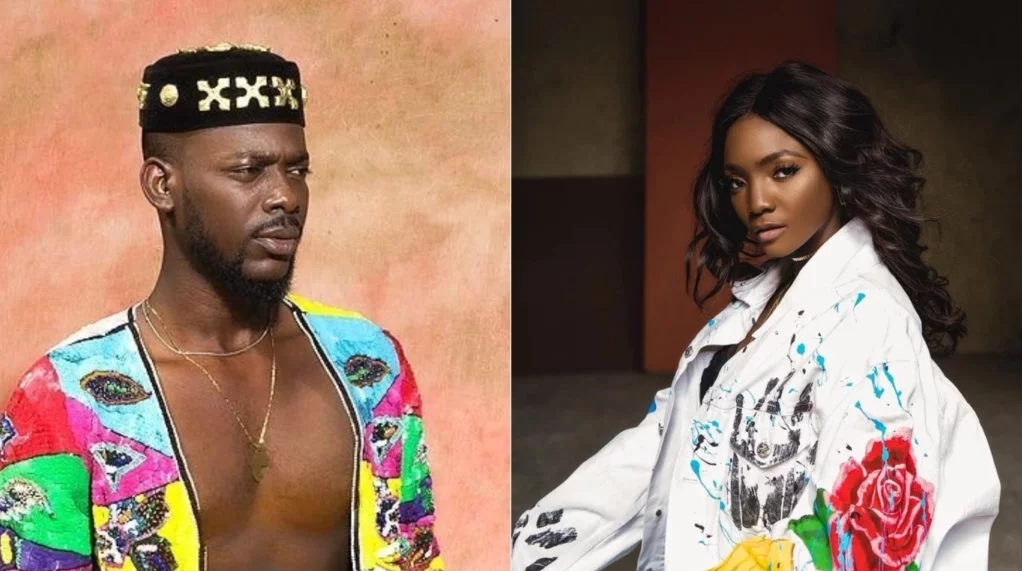 Nigerian singer and songwriter, Simisola Bolatito Kosoko, known by her stage name Simi, has taken to social media to react after a Ugandan girl jumped on her husband Adekunle Gold on stage while performing at his concert in Kampala.

Adekunle Gold held his concert in Uganda, which turned out to be the biggest uptown concert of the year in the country. The event featured artists like Costa Titch, a South African artist, and other local artists like Daddy Andre, Kataleya and Kandle, Slick Stuart, Roja, Vinka, Sheebah Karungi, and John Blaq.

However, while Adekunle Gold was performing on stage, a Ugandan girl jumped on him and rocked him, but he quickly pulled her away and continued his show.

On seeing this, Simi took to Instagram to tell her husband to put on his shirt. She said “that’s why they are jumping on you, put on your shirt”. However, Adekunle Gold replied with a laughing emoji.