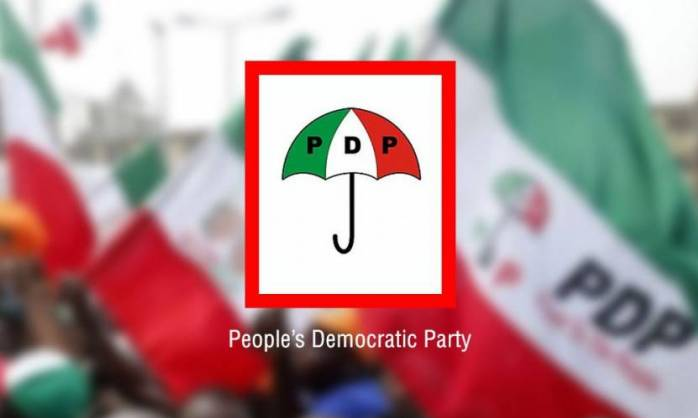 Factional Governorship Candidate of the Peoples Democratic Party (PDP) in Ogun, Otunba Segun Showunmi has vowed to fight the ongoing battle for the opposition party’s ticket to the end.

Showunmi in a statement in Lagos on Wednesday, said he was confident that at the end of the struggle, he would emerge the authentic candidate of the PDP in Ogun in the next few weeks.

According to him, with the first victory at the Court of Appeal on Monday, l will emerge victorious.

Showunmi was the spokesperson to Atiku Abubakar, the PDP presidential candidate in the 2019 election.

He said: “it was necessary to clarify issues, considering the barrage of calls and deep interest of the public in the matter.”

“For the health of democracy, Nigeria should have passed that stage where imposition of candidates will be the order of the day.

“I went through the right channels right from the beginning even before the primary election, to draw the party’s attention to the anomaly going on in Ogun.

“I want to put it on record that no one can intimidate me into conceding defeat where I am a winner.

“I will fight this battle to the end and will be on the ballot. No individual has a monopoly of wealth.

“Where is even the wealth? We must run on ideas. I have a network of family and friends that can easily and comfortably prosecute a governorship election,” he said.

Showunmi also explained that when the party declared open the sale of forms, it meant anybody who wanted to contest for any position including the presidency, should start buying.

According to him, my colleague, Mr Ladi Adebutu purchased his form on the very first day.

Ironically, upon buying his form, the media reported that Adebutu’s form was allegedly bought for him by the Executive Committee of the PDP.

“I reasoned that based on the alleged report, if we were to go into a contest that requires us to get adhoc delegates from the Excos in the wards, and follow the rules that will lead to getting the delegates that will put together an electoral college that will elect the party’s candidate, it means the constitution of the PDP had been compromised.

“Also, it has broken because the fact that they allegedly bought a form for a particular candidate shows that there is a bias, and that they have been compromised.

“Secondly, the Oath of Office of the EXCO which includes that they will be free, fair and just to all and sundry may have also been compromised.

“The Constitution of the Federal Republic of Nigeria had also been breached relative to how political parties are to organise themselves.

“I offered remedial opportunities alongside my complaint,” he said.

As a remedy, Showunmi added that he recommended that the EXCO should be dissolved or set aside while a new set of people should be brought on board to superintend the primary election process.

He further explained that he gave a number of sound and progressive advice noting that if they failed to do the needful, he would have no alternative but to sought redress in court.

He said: ”I wrote a letter to the court and gave them a proof of service from the Federal High Court, Abuja.”

He said the Court of Appeal had been very thorough in its judgment and had given him victory in that first step, adding that every Nigerian must be able to exercise his legal rights within the law.

The Court of Appeal in a judgment delivered by Justice Chidi Nwaoma Uwa, on Monday, found Showunmi’s appeal meritorious, with regard to two of the issues he raised in the suit against PDP and two others.