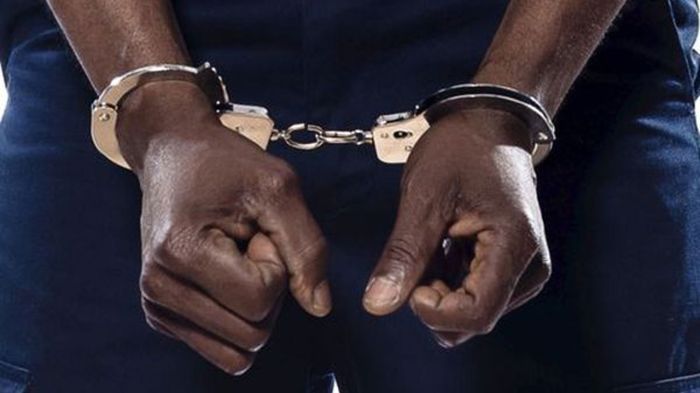 Operatives of Ekiti State Police Command, have arrested one Olufemi Akindele, who resigned from the Christian Apostolic Church (CAC) Campground at Ikeji Arakeji, Osun State, where he served as a security guard, after stealing N620,115 from the offering vault.

The 32-year-old, who was among the 20 suspects that was paraded by the Ekiti State Police Command at the Rapid Response Squad (RRS) Office, Ado Ekiti, was intercepted on a motorcycle.

The policemen were said to have intercepted Akindele during their stop-and-search along the Igbara Odo-Akure Road, after which they found a school bag loaded with different denominations of naira notes on him.

“During interrogation, the suspect confessed that he travelled all the way from Iropara Ekiti to the CAC Campground, Ikeji, Arakeji, Osun State, to steal a cash sum of N620,115 from the offering vault of the church,” Ekiti Police Public Relations Officer (PPRO), Sunday Abutu stated.

Confessing to stealing the money from the church’s vault, the suspect explained to journalists that working as a security guard before his voluntary resignation gave him an insight into where the religious Centre kept its money.

The police also paraded Usman Mohammed, a 27-year-old man, who was nabbed for his alleged involvement in different kidnapping operations in Ekiti State.

Mohammed, according to the police spokesperson, had confessed to abducting one Omoboade Adesina in her farm settlement along Ago Aduloju/Aso Ayegunle Road, Ado-Ekiti.

He added that the suspect would soon be charged to court.