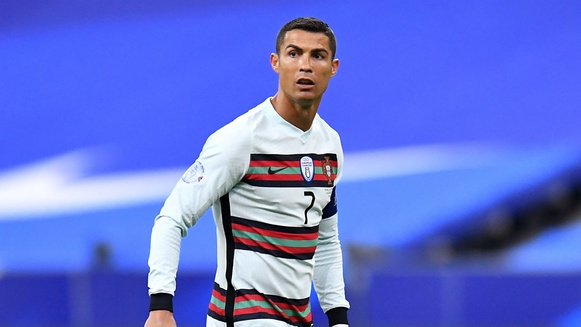 Ronaldo trained with the United first team for the first time on Tuesday since his refusal to come on as late substitute in last week’s victory over Tottenham.

The 37-year-old, who was desperate to leave Old Trafford in the summer, was banished by Erik ten Hag for his act of defiance and was forced to sit out Saturday’s heavyweight Premier League clash against Chelsea at Stamford Bridge.

He has been linked with a United exit when the transfer window reopens in January, with Chelsea heavily linked, but a romantic return to Sporting – the Portuguese club where Ronaldo started his career – has also been mooted.

Amorim, however, has admitted Sporting ‘don’t have the money to pay his wages’ – meaning Ronaldo would have to take a significant pay cut to join his former side.

‘Ronaldo is a top player,’ Amorim said ahead of Sporting’s Champions League clash with Tottenham in north London on Wednesday.

‘He is a Manchester United player. Everybody in Sporting dreams of the return for Cristiano but we don’t have the money to pay his wages.

.@Sporting_CP coach Ruben Amorim says everyone at the club is 'dreaming' of @Cristiano's return but the reality is they cannot afford his wages 😅#MUFC pic.twitter.com/2Drermg4R4

‘I think he is happy in Manchester but is not playing so that is the problem.

‘But I have my problems so it is Ten Hag’s problem! I am very happy with my players, no problem at all at the moment.’

He then moved to Manchester United for his first stint in 2003, signed by legendary boss Sir Alex Ferguson.

He is considered a hero at Sporting, with his memorabilia featuring heavily at the club’s official museum.