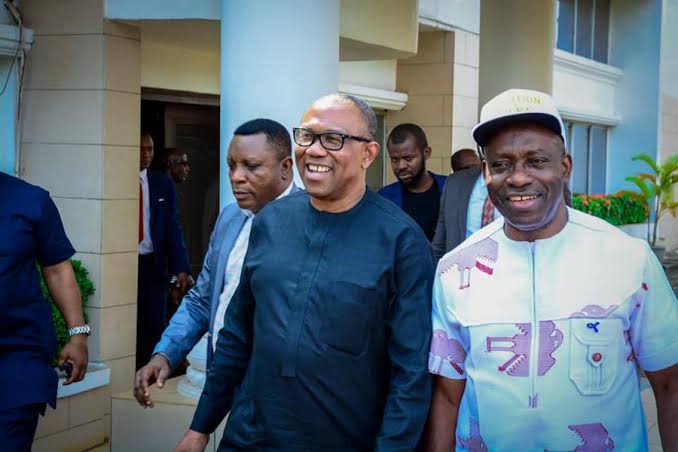 The Labour Party presidential candidate, Peter Obi, on Friday met with the Anambra State Governor, Chukwuma Soludo, as part of his consultations with notable Nigerians ahead of the 2023 general elections.

The governor confirmed the meeting in a statement posted on his Facebook Page on Friday.

“Both leaders had a mutual discussion behind closed doors. Afterwards, Mr Peter Obi commended Governor Soludo highly for the great job he is doing in Anambra State.

“Governor Soludo, on the other hand, welcomed Mr Peter Obi to Anambra as a prominent son of the state and wished him well in his Presidential bid as the Presidential candidate of the Labour Party.”