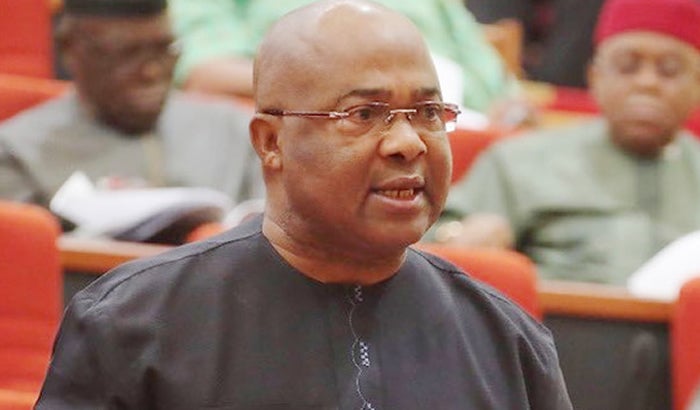 Governor Hope Uzodinma of Imo State has said the Presidential candidate of Labour Party, Peter Obi is no threat to the All Progressives Congress (APC) in the state.

Uzodinma, in an interview on a Channels TV programme, said he is a politician and that his party remained APC, adding that his party had candidates to be voted for.

The governor said he is currently consulting and speaking to the people to vote for APC candidates, saying that he was concerned with what would come out of his campaign for his party.

“I don’t want to join issues with Peter Obi, who you know is not a member of my party. But I know members of APC are obedient to APC,” he said.

When challenged for using the word ‘obedient’ when referring to those loyal to APC, Uzodinma said “the meaning of obedience in English is that loyalty to the party is supreme and sacrosanct.”

“In my own dictionary, what is there is APC. I am very confident that the reasonable minds in Imo State will vote for my party,” he added.

“I am extremely convinced that the sane minds in Imo State will vote for my party,” he said.

He said when he became governor in 2020, many roads in the state were in terrible condition and that he had transformed the state as at this moment.