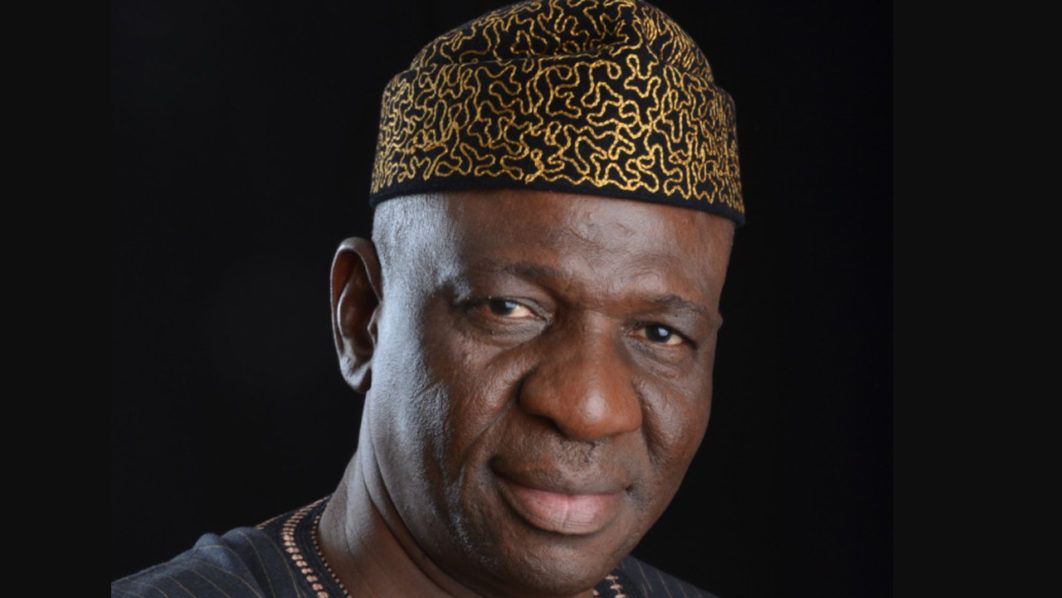 In this interview, Matthew Uroghide, the senator representing Edo South senatorial district and Chairman of the Senate Committee on Public Accounts, talks to TOPE OMOGBOLAGUN about the National Assembly, the Peoples Democratic Party, state policing, and other issues

What we have asked is like asking about the importance of the National Assembly in our democracy. We call it a civilian government because we are running a constitutional democracy. Our constitution has given recognition to three arms of government, and these three arms of government are working separately but in a manner that ensures the system itself is fulfilled by what we have agreed on.

The two arms, executive and legislative, are very visible. Yes, the judiciary is there, but it is the existence of the legislature that has conferred civility on our practice.

It is what has given meat to what we are doing. Otherwise, if we are running a military government, you’d still have the judiciary and the executive, but if you run a civilian government, the people must be involved, and the only way people can be truly involved is through representation.

That is why we say members of the National Assembly, the state Houses of Assembly, and the councillors are the ones who make laws for the three tiers of government. If we do not have the bi-cameral legislature we have—the Senate and House of Assembly are not there—then we are not running a democratic system.

So, while you are running a democratic system, there are many models: a parliamentary system, a presidential system like we are running in Nigeria, and others.

So, it is a national assembly that has given recognition to democratic practice; it is the one that has defined it, you know, and its role is very clear, as is the Constitution. In a system where there is no order, there’s no rule of law, and the system will be chaotic and won’t work.

What is your take on the issue of state police?

The National Assembly voted against state police. I won’t lie; I voted for state police because of what is happening in Nigeria.

If we are practicing a presidential system, for example, in America, we have federal police, state and local government police, and police of various kinds. They are all fighting crime and ensuring that there is law and order in society.

I really do not have anything against that; they are using the no-passage of the state police to hold the state assemblies to ransom to make the National Assembly re-introduce the bill through re-committal and pass it.

That is the only way the state assemblies can pass the amendments that we have proposed.

Do you think the Electoral Act will help secure a free and fair election in 2023?

A lot has been said about, you know, the amendment to the Electoral Act of 2010, which is now, you know, the electoral law of 2022. Those contentious areas and sections that used to give leakage, as it were, to people who were in the habit of subverting the will of the people during elections have been amended to be in tune with the present reality, particularly using technology to help you know the will of the people.

It is true that we know what was happening before the point of voting to the point of first collation, the ward collation centre, and that the will of the people most of the time, as expressed, would be subverted right from where results are exchanged before you go to the next level, which is the local government collation centre.

At the polling unit level, where you voted, the new method of collation of results has given more credibility to the system of voting.

After you finish or the results are entered, and the papers and resources are given to the cases and the party agents, the BVAS machine is then used to transmit it to the cloud.

Another aspect of the election that was affected was accreditation. Ten people will call for accreditation, but you’ll go and bring 100 votes. But now the Bimodal Voter Accreditation System machine is doing that. Not just to identify you as the holder of the card, it also has other biometrics that it takes and shares to ensure that it is the owner of the voters’ card that is used.

By the time you do this, you have conferred credibility on the process, both due to those who are voting and the transmission of results from that unit until the end of the process.

The electoral act has minimized a whole lot of chances for compromise of the will of the people as expressed.

Do you think the crisis in your party, the Peoples Democratic Party, will affect the chances of Atiku Abubakar winning the 2023 presidential elections?

First and foremost, what is happening in the PDP presently is not unexpected; it happens in a political system. Because you have diverse people in the political party, diversity differentiates people—literate, illiterate, semi-literate, the bad, the ugly—and they are there. And one bias there is that the constitution permits people to be in a political party; you cannot deny them; the only thing you can deny them is party leadership, not membership, because it is a constitutional matter. When you are now coexisting in the system like a political platform, all you have to do is tolerate one another. So because we all have different aims and objectives, we all have different pursuits. Everybody is in politics for self-preservation. What are my own interests over and above yours? So in that sense, there must be a clash of interests.

Can the PDP survive the crisis?

So when it happens, it is not for others to start rejoicing because as it is happening here, it will also happen there. PDP has weathered all storms, and issues will also be put to rest. People will be surprised by the way the party will turn around before the election; you will see everybody running back to mobilize their units, and everybody will start saying, “I must win my constituency for the PDP; I must win this and that for my party.” Why? Because people want power, not necessarily to puzzle their pockets but because of the satisfaction that their own has there.

Many of the founders of the PDP are conditional members, but they have not benefited their pockets. Many of the people praising the All Progressive Party today are aware that their administration has not done well for the country, but they still sing the song of their party because there is an emotional attachment to their party.

Governor Wike has not said that he is not going to vote for Atiku, nor has he said he wouldn’t vote for the PDP. He is only talking about the leadership of the party that Dr. Iyiorcha Ayu is removed from since there is a northern candidate and there cannot be a northern chairman.

So nobody really is putting at risk the ticket or the presidential candidate. If you ask me how negatively it would affect the party, I am not really seeing any negativity because nobody is directly fighting with Atiku. And the man is so experienced that you cannot quarrel with him. This is an issue that would get resolved in no time. The issue generated a lot of heat because of the way it was demanded. If it was a request made in a friendly atmosphere, it wouldn’t have degenerated into this. What brought about this whole thing was the presidential candidate nomination. People were still hurt from the grudges of this, and that made me lose, but I feel it’s an issue that will fizzle out in no time.

Your committee on public accounts has been inviting some Ministries, Agencies and Department as regards some leakages revealed by the Auditor-General, but many times they don’t honour the invites. How do handle those issues?

Well, first, I think the philosophy behind it is clearly understood by all because oftentimes in public spaces, the assumption is, maybe the National Assembly, is disturbing the MDAs by inviting them to come and attend to one issue or another. But that is what you see in every parliament of every country that practices democracy. Standing committees are supposed to oversee agencies of government; there is no agency of government that is not covered, including the Armed Forces intelligence, and security committees. They are overseen by Senate committees.