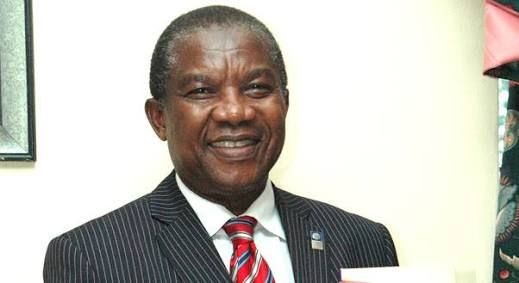 A former presidential aspirant on the platform of the Peoples Democratic Party for the 2023 general elections, Sam Ohuabunwa, on Saturday took a swipe on the state of the nation and wrote the President, Major-General Muhammadu Buhari (retd.), on the occasion of the 62nd Independence Day Anniversary of the country.

This was as Ohuabunwa, who is the Convener of the New Nigeria Group, observed that the country has reduced economically under Buhari, urging him to as a matter of urgency, do everything within his power to save the nation from further collapse.

In the letter, titled,:State of the Nation: Independence Day Open Letter to the President-Muhammadu Buhari, GCFR’, a copy of which was made available to our correspondent on Saturday, he stated that Buhari had not proved to Nigerians that he was capable of leading them for the past eight years, after contesting for the number 1 seat severally and failed.

The letter read, “Your Excellency, Today is Nigeria’s 62nd Independence Day anniversary, the last under your watch as President of the Federal Republic of Nigeria. How I wish I was writing you this piece under more pleasant circumstances. However, given the terrifying descent of our dear nation further down the path of multi-faceted disasters, I feel obligated to use the opportunity of Nigeria’s 62nd Independence anniversary to send you this feedback, with a hope and prayer that you can still do something to leave a good legacy.

“In 2015, after you were elected President, I wrote you twice expressing my expectations of your tenure. Primarily I had asserted that given your repeated efforts to become Nigeria’s Civilian President after your earlier but unconstitutional tenure as Military Head of State, that you must have some very important things you wanted to do for our Country. I then urged you to go right ahead and do those things without wasting time. A man could not run for the office of President of a Nation four times, one of which led to the death of many Nigerian citizens without a real desperation to make some significant changes to the fortunes of the Nation.

“But nearly 8 years after, many of us can not see the the REALLY SIGNIFICANT POSITIVE CHANGE you have brought to our Nation to justify the desperate efforts you made to become President. Yes a few roads, bridges and sharing of cash to some some people! That does not justify the cost! Many People feel that you have brought this Nation to much lower levels than you found it in 2015. My undying quest for a New Nigeria that works for all, as convener of the New Nigeria Group and recent Presidential aspirant, compels me to further draw your attention, even at this twilight of your tenure to the outright degeneration of our country occasioned by the appalling failure of the government under your watch to address the various sinister challenges bedeviling us with seriousness and innovation. These challenges portend grave danger and need urgent interventions even now and should not wait till May 2023.

“Your Excellency, you and your aides may not find the tone and temper of this letter palatable, but the truth however bitter must still be told. Sometimes, I wonder if you are ever allowed to have a feel of what it is like to be an ordinary Nigerian in contemporary harsh Nigeria. How I wish you and your aspiring successors can take a ride on the road around Nigeria! Many of our leaders are completely aliens to the real Nigeria!!

“Indeed, what is evident does not need evidence. Nigeria’s rapid slide to a state of degeneration is self-evident. In the run up to the Presidential Primaries, I visited the 36 States of Nigeria twice and saw Nigeria’s devastation first hand. You would recall that during your campaign for president in 2015, you made two cardinal promises which involved dealing with the ravaging insecurity at that time and also fixing the economy.

“In the area of security, it is admitted that you inherited a bad situation, but under your watch it has gotten much worse and become a hydra-headed monster taking on new dimensions previously inconceivable. In addition to the Boko Haram insurgency which we were dealing with under the Jonathan era, we now have rampaging bandits, killer Herdsmen, unknown gunmen, ISWAP terrorists and so on.

“These new fiercer security challenges came with their own body counts. According to Dataphyte, an Abuja-based media research and data analytics organisation, over 39, 686 persons have been killed under this regime between May 2015 and May 2022. In another report by SBM Intelligence, over 3,379 persons in 500 incidents were kidnapped within a one year period between June 2021 and June 2022. Major highways in Enugu, Kaduna , Zamfara, Sokoto , Kastina, Anambra, Ondo, just to mention a few states, have become impassable due to worsening insecurity.

“Christmas is coming and many Nigerians wonder how they can go to their Country homes without being kidnapped or killed on the way!

“On the economic front, it is no longer news that Nigeria is now the poverty capital of the world, overtaking India. Statistics indicate about 70% of the Nigerian people are poor with no real help and many with no hope. It has also been reported that about 35% of the general population remain unemployed while 55% are jobless among the Nigerian youth population, with job opportunities diminishing by the minute.”

He further urged the president to urgently seek for a wholistic and sectoral assistance in order to save the dire situation curently bedeviling the country, saying, “I would suggest that you eat the humble pie and do what an embattled man would do: Shout for help!”

He added, “Mr President,it is glaring that there is a huge fire on the Nigerian mountain and I enjoin you not to just wish to return to Daura next year ( because there maybe no road !) but should now act with urgency. It is time to admit the bitter truth of our dire situation and be humble enough to seek help. I would suggest that you eat the humble pie and do what an embattled man would do: Shout for help! This is because it does clearly appear that you have exhausted your options in proffering solutions to the many problems facing the country.

“In fact, in an interview you granted sometime last year, you confessed frankly and candidly that you have done your best in Security but your best was not good enough! Our security agencies are stretched beyond their limit, especially our military forces who have suffered heavy casualties for a country not at war! ( Or at war without knowing it !). According to a report by Dataphyte, 13, 268 officers have lost their lives to battles against insecurity. Our defence forces are highly demoralized and fatigued, needing crucial assistance. Countless security meetings with security chiefs summoned by you have not yielded much results.”