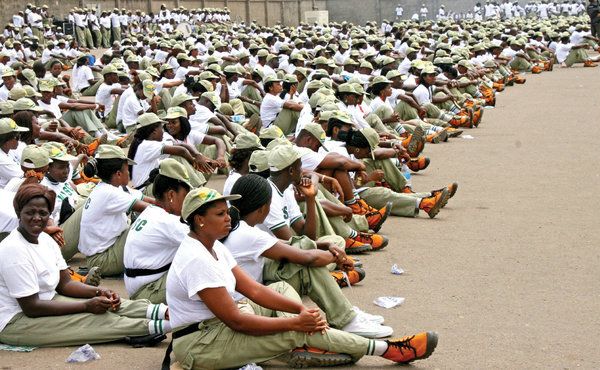 She made the appeal in an interview with the News Agency of Nigeria (NAN) on Saturday in Abuja.

According to her, computerizing students’ records from start to finish will enable the NYSC to merge databases with ease.

She said that “right now, you hear that schools do Post Unified Tertiary Matriculation Examination (Post UTME), they pull from Joint Admissions Matriculation Board (JAMB) database to do Post UTME, however it ends there after.

“They will now be typing senate approved result, why? That database from Post UTME should go through first, second, third, fourth and final year, isn’t it?

“You should be able to update such records. You don’t come and be doing manual, by now we are supposed to phase out that our data entry interface that we did in bulk”, she added.

Uba added that only few private universities have been able to computerize their students’ records from the beginning to the end, while others complain of students’ population.

She, however, said that in as much as institutions conduct Post UTME and are able to link with JAMB database, it should not be an impossible task.

The director also said that JAMB has migrated everybody to the Central Admission System (CAS) which contains the list of admitted students, adding that NYSC uploads records from JAMB and verify.

“It is only articulated records that we can pick from JAMB database. We had challenges with most universities, they want to upload some of their students but they are not in the JAMB articulated lists.

“JAMB has been driving it but our youth corps producing institutions should stand up to the occasion and begin to harmonize these things so that their data will have integrity because the manual thing has so many errors.

On addition of names by Prospective Youth Corps Members, she said that the reference point was always the JAMB database as any name that was not on it would not be approved.

On accreditation of Cybercafe Business Operators (CBOs), she said it was to enable the NYSC to have some semblance of control and ensure that the CBOs are responsible to the scheme and the youth corps members.

She said that the idea was to have only CBOs registered and accredited by the scheme’s CBO Online App Platform to have access and provide services on its portal.

According to her, when the NYSC integrated system came on board in 2014 the organisation wanted to aggregate the cybercafe operators but there was so much resistance.

“We felt lets just kick start first then along the line we will bring on board some of these controls.

“We have been having a lot of challenges from some of the cybercafe operators, a lot of manipulations.

“Sometimes, they don’t care about data integrity, all they care about is the number of prospective youth corps members that they can register in a day or within a given period and that creates a lot of challenges for us.

“Sometimes in a bid to hurry up and register as many youth corps members possible, cafe operators interchange thumbprints and even photographs and we have a policy that if your thumbprint is verified but at the camp it does not tally, you will miss that batch.”

She also said that the cafe operators tried to manipulate the records and give prospective youth corps members the impression that they could upload any type of documents for them, knowing quite well that those documents may not apply to it.

“So, in accrediting them, we want to have control so that we can be able to attach CBOs that will register each member on our portal so that if there is any issue, we know who to hold responsible.”

Uba said that the exercise would kickstart with the 2022 Batch ‘C’ Stream One youth corps members presently participating in the orientation course.

She also said that the scheme had gone round to inspect over 2000 cyber cafes, saying “we can always communicate to them, they can reach us and once we start, they will be issued a code.

“We have an agreement with them already and best practices have already been set. The agreement has stipulated what should be binding, so they know the consequences of violating the rules.

“In our agreement, sanctions are stipulated and the cyber cafes are aware.”

She said list of accredited CBOs would be provided on the NYSC website and the online registration portal.