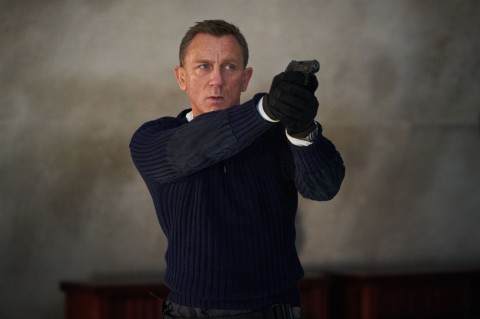 The James Bond producers are on the hunt for their new 007 – and it’s not exactly the easiest job description.

Other than having a license to kill, the new James Bond will have to make quite the commitment and dedicate a whole decade of their life to the role.

As rumour after rumour floats about the internet about who the next Bond could be (Idris Elba? Tom Hardy? Rege-Jean Page?), producers Barbara Broccoli and Michael G. Wilson explained it’s still ‘early days’.

‘The thing is, it’s going to be a couple of years off,’ Barbara said.

‘And when we cast Bond, it’s a 10-, 12-year commitment. So he’s probably thinking, “Do I really want that thing?” Not everybody wants to do that. It was hard enough getting [Daniel Craig to do it].’

Michael added to Variety: ‘And he was in his early 30s at the time!’

So safe to say, whoever comes along next will have big shoes to fill.

Despite the rumour mill going mad over the past year, sources close to Idris, who was long considered a front-runner for the role, shut down speculation that he’s the man for the job.

A source has claimed: ‘Fans and Barbara wanted Idris but he wants to create something for himself.

They added to The Sun: ‘He’s “informally” in the decision-making process as he’s been in talks with producers for so long.’

Speaking with Metro.co.uk last year he said: ‘Well I would say… There is nothing to say.

‘I mean, it’s such a nice compliment to be considered, in most people’s opinion, to be the next James Bond. But that’s not a reality. So hey, it is what it is.’

Plus, he’s said he wants his role as Luther to turn into a more Bond-esque situation.

Meanwhile, director Sam Mendes has said he wants a female director to take on Bond.

‘He reinvigorated the franchise, but the franchise is so huge that it’s very difficult for a younger actor to step into that.

‘Let me rephrase that. I think that the actor playing Bond is going to evolve, the director has to evolve.