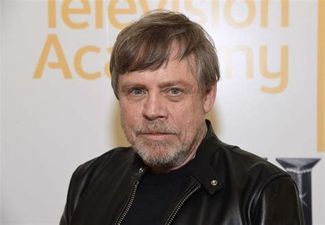 Mark Hamill has become the Ambassador for the Army of Drones as he joins forces with President Volodymyr Zelensky in an effort to help Ukraine.

The 71-year-old Star Wars actor announced the news as he joined the fundraising project for the country’s military efforts in the war against Russia.

‘Honored to be an Ambassador for the Army of Drones and to help President Zelensky and the people of Ukraine in any way possible,’ he wrote.

In a separate statement from the actor, he compared Russia to ‘the evil empire’.

‘I know for certain that Ukrainians need drones to protect their land, their freedom and the values of the entire democratic world,’ he tweeted.

‘Right now is the best time for everyone to come together and help Ukraine stand up in this war with the evil empire.’

Honored to be an Ambassador for the Army of Drones and to help President Zelenskyy and the people of Ukraine in any way possible 🇺🇦@ZelenskyyUA @U24_gov_ua pic.twitter.com/1JafSR7Nny

Zelensky also shared the news on his Instagram page, saying Hamill is the first ambassador for the project.

‘He is the first ambassador to help raise funds to support our defenders, the Drone Army.

‘This is a difficult yet very important mission. Mark, we are sure you will definitely handle it. Thank you for supporting the Ukrainian people in our struggle for freedom.’

Other celebrities such as actress and singer Barbra Streisand and the band Imagine Dragons have been named as ambassadors for the project.

The Army of Drones project will see the technology used to monitor the 2,470km front line, according to the project’s website.

Hamill’s role in this initiative will include raising funds to support the project set up by the Ukranian government.