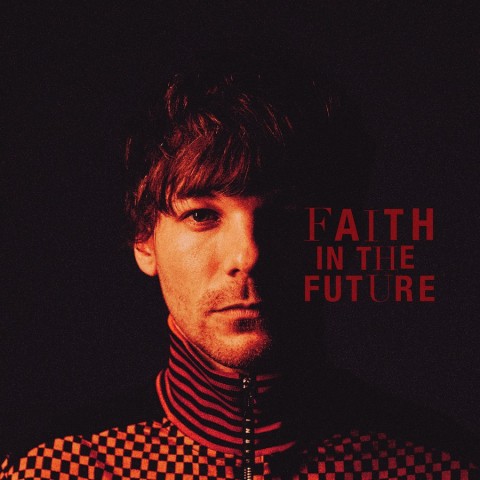 Perhaps he was never going to be the breakout star of One Direction. But then, Louis Tomlinson never gave the impression of wanting to break out at all.

He liked it where he was. He didn’t seek out a solo career so much as have it imposed on him by circumstance.

Three of his former bandmates had an album out within a year of 1D’s not-a-split.

He was the last to issue his own LP, 2020’s Walls, which like most 1D solo records not released by you-know-who was enthusiastically received by the legacy fans, but met with a shrug from the wider world. It was neither under-, nor overwhelming; just plain whelming.

Faith In The Future has the potential to change that. Tomlinson was the most active songwriter in the band, and he’s credited with helping to move their sound in the rockier direction that gave much-needed ballast to their stadium shows.

It shows here, on an album devised for an arena tour next year. Strip away Tomlinson’s light, high, mildly plaintive voice and much of this could stand at the more bubblegum-y end of Liam Gallagher’s solo oeuvre.

How that voice copes with those wide spaces remains to be heard, but the framework is certainly in place.

This record is not only likable, steering (albeit sometimes closely) the right side of blandness, but also – and this is the important bit – it projects a clear sense of its own and its maker’s identity, from the Yorkshire accent to the persuasively personal lyrics, and the lightweight yet sturdy indiefied pop-rock tunes, seemingly constructed from brushed aluminium.

Tomlinson’s faith in the future is well-founded.