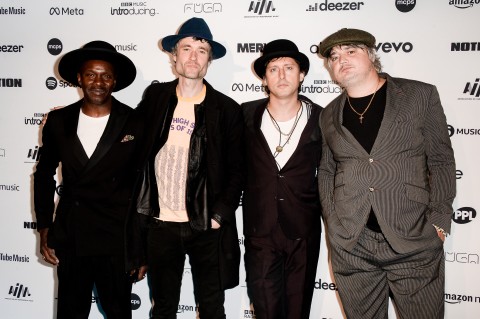 The Libertines’ John Hassall has praised younger artists taking breaks from touring for the sake of their mental health.

The bassist for the rock band opened up to Metro after being honoured at the AIM Independent Music Awards about the importance of mental health, explaining it’s a cause close to his heart.

‘I think it’s important to all of us,’ he said. ‘I think mental [illness] is something that is a big problem in England and the rest of the world. It’s something that’s not just going to go away by itself.’

Artists including Sam Fender and Arlo Parks have recently cancelled their tours, citing their mental health.

The Libertines – made up of Pete Doherty, Gary Powell and Carl Barat alongside John, have not-so-secretly had their ups and downs, splitting in 2004, before reuniting, but John says they’re in a better place than ever as they work on new music.

‘We’re actually in the best place we’ve ever been in. It’s the first time we’ve been at an awards together in about 15 years,’ he added, describing the moment as ‘really significant’.

The Libertines first saw success in the early 2000s but ended up splitting in 2004.

However, they reunited in 2010 for Reading and Leeds festival, and reformed the band in 2015.

They were honoured at the AIM Awards with the special recognition award.