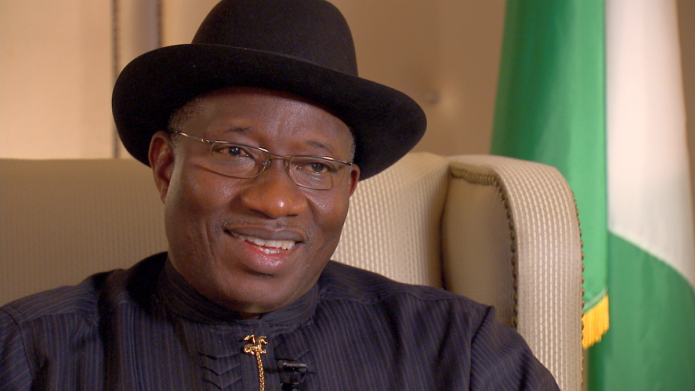 Former President, Goodluck Jonathan, has distanced himself from the purported claims that the five aggrieved Peoples Democratic Governors (PDP) were doing his bidding.

What happened: This comes amidst media reports that the governors, fondly referred to as the G-5, were loyal to the former president, hence they were hell bent on truncating the presidential ambition of the party’s flag-bearer, Abubakar Atiku.

Recall that the G-5, comprising the Rivers State Governor, Nyesom Wike, Governor Samuel Ortom of Benue State, Okezie Ikpeazu of Abia State and Ifeanyi Ugwuanyi of Enugu State, Seyi Makinde of Oyo State have been on a warpath with the PDP since the emergence of Atiku as the presidential candidate.

The PDP crisis: The group has insisted that peace can only return to the party when the National Chairman, Iyorchia Ayu, vacates his position to pave the way for a chairman of Southern extraction.

Meanwhile, as all efforts to reconcile the aggrieved governors and the party have failed to yield any positive outcome, reports suggested that the group may be doing the bidding of Jonathan.

Reacting to this insinuation, the former President in a statement by his Media Adviser, Ikechukwu Eze, said on Friday, November 11, 2022, that his attention had been drawn to media reports linking his name to the current troubles in the PDP.

Eze said that Jonathan would have ignored the strange tale, since it was obviously baseless.

The statement partly read: “However, we are offering this clarification because we have been reached by many Nigerians who are concerned that such fabrication, with a vague and suspicious attribution, could be given undeserved prominence on the front page of some national dailies.

“We are also not unmindful of the fact that, this being an electioneering season, bizarre tales are often contrived, propagated and weaponized to either smear others, or deliver cheap political advantage to the purveyors.

“First, we would like to make the point that it is not out of place if there was crisis in a political party like the PDP, and a former president who served under the party’s platform, is called upon to intervene.

“That being the case, we initially did not see anything wrong with the headlines in some papers indicating that the former President was being persuaded to help resolve the issues in the party.

“However, we are dismayed that the seemingly purpose-minded headlines were only cast to mask the mischief of the sponsors of the story and hoodwink the unsuspecting populace.”

More from Eze: The media aide said Jonathan’s office’s attention was called to the provocative and insulting statements in separate, but similar versions of the story in different news media.

He therefore said the report, either claiming that “the whole thing we are seeing in the PDP … is orchestrated for President Jonathan,” or that “he (Jonathan) is encouraging governors Wike, Makinde, Ikpeazu, Ugwuanyi and Ortom, to behave the way they are doing, knowing that these five governors are fighting his cause”.

“We believe that such duplicitous statements could not have emanated from the camps of those who truly wish the party well.

“It simply shows that the so called ‘sources’ of the story are not disposed to the peace and unity they pretend to be seeking in the PDP.

“How could anybody turn around in 2022 to accuse Jonathan of bearing a grudge against the PDP when the former president had campaigned vigorously for the party and its presidential candidate during the 2019 elections?”

No vendetta against Atiku: Eze also rubbished the notion that Jonathan was on a revenge mission against Atiku over the role he played in the former’s ouster from office in 2015, stating that those peddling such narrative have forgotten that the former president actively campaigned for him in 2019.

Eze’s word: “The fact that Dr. Jonathan stood out as an exemplary politician who, throughout his political career, abhorred treachery and mean-mindedness, and played politics without bitterness, needs no gainsay.

“Unlike many of his detractors, the former President has, out of office, progressed to a higher level of statesmanship, faithfully applying himself to causes that promote peace, love, unity and progress, across the entire west African sub-region.

“It is Dr Jonathan’s wish that the PDP is able to resolve its internal crisis, unite all members and have a good showing in the forthcoming 2023 elections.

“We wish to however point out that it will be difficult to achieve this aspiration if some forces in the party continue to engage in mudslinging, disinformation and manifest tendencies that negate the values that are dear to loyal party members.”