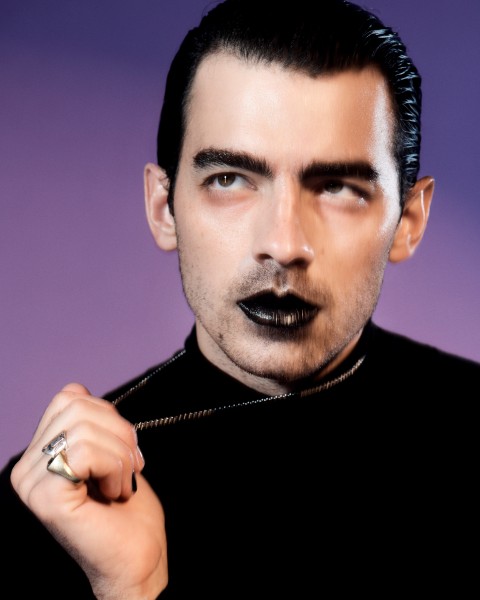 Joe Jonas mixed business with pleasure when he tapped up his missus, Sophie Turner, for acting advice.

After signing up for Korean war flick Devotion, the Jonas Brothers pop hunk turned to the Game of Thrones star to ensure he didn’t freeze on set like a White Walker.

‘She’s the best acting coach ever,’ Joe gushed, adding that Brit Sophie, aka Sansa Stark in the fantasy epic, would run through lines with him.

His Oscar-winning pal Matthew McConaughey was also on hand to help – although the What A Man Gotta Do singer wasn’t prepared to match the Texan’s dedication.

‘He’s a dragon slayer. He’d share stories about the extremes he would go to, to feel what his characters feel,’ Joe recalled, giving the example of Matthew’s bare feet bleeding as he stood on the ledge of a 20-storey building for one role.

The former Disney favourite married Sophie, 26, in 2019. They have two children, two-year-old Willa and a second daughter born this summer. Her name has not yet been revealed.

Joe admitted that being a dad can be nerve-wracking, but things are a bit easier now.

‘I’m a little less scared,’ he told Mr Porter’s The Journal. ‘You don’t need to check their pulse constantly to make sure they’re breathing. You get over those fears. I feel like a kid raising kids.’