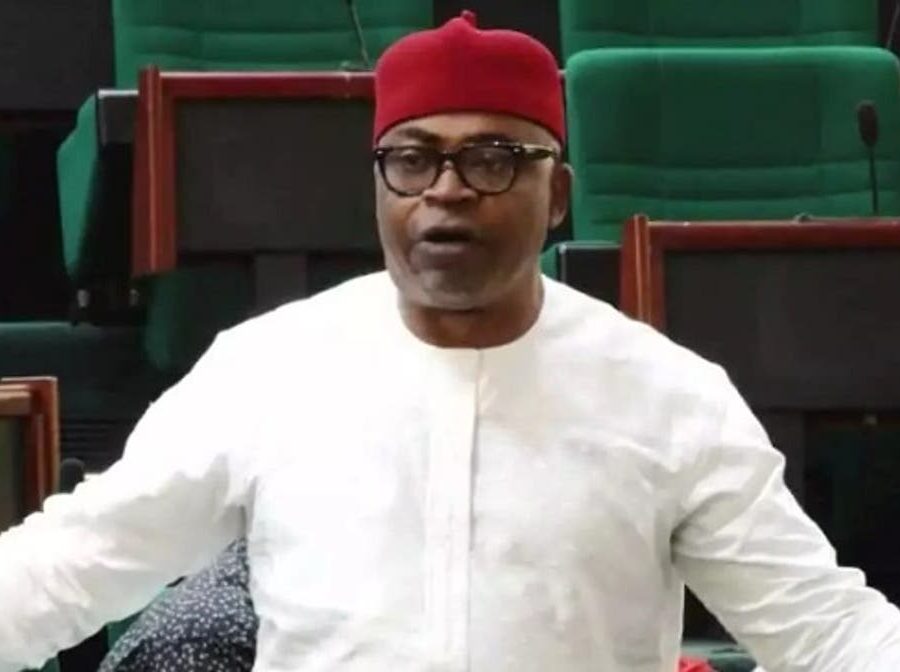 The Deputy Minority Leader of the House of Representatives, Rt. Hon. Toby Okechukwu has distanced himself from the list published by the Independent National Electoral Commission, INEC, which included his name as the Labour Party candidate.

It was reported that Okechukwu’s name featured as the LP’s candidate for Awgu/Oji-River/Aninri Federal Constituency.

He is listed as number 4 on the list released by the INEC on Tuesday.

However in a statement he personally signed on Wednesday, the lawmaker, in what appears to be a U-turn, said he would no longer contest for any position in 2023.

He said he would rather remain in the Peoples Democratic Party, PDP.

“My attention has been drawn to the list of candidates for the 2023 general election released by the Independent National Electoral Commission (INEC) on 20th September 2022 wherein my name was published as the Labour Party Candidate for Aninri/Awgu/Oji River Federal Constituency, Enugu State.

“I wish to state that I will not be contesting as the candidate of the Labour Party or any other party in the said election. I remain a member of the Peoples Democratic Party.

“Meanwhile, my position on this matter had since been conveyed to the National Chairman of the Labour Party in my letter dated 19th July 2022.

“I deeply appreciate and can never take for granted the overwhelming goodwill of my leaders, constituents and their wish for me to be on the ballot in the 2023 general election.

“I very much understand the pains my decision is bound to cause them. However, I believe and wish to reassure them that as a constituent, I will continue to do my best and be of utmost service to them in or out of public office.

“While thanking them for their immense support and love through the years, I am supremely confident that God will remain the ultimate compass in our affairs.”

It was reported that following the controversies that trailed the PDP primary election, Okechukwu is one of those believed to have approached the Labour Party for ticket.

It is unclear why the Federal lawmaker changed his mind, but a source close to him blamed the development on the Labour Party leadership, who he said “did not tidy up the process”.