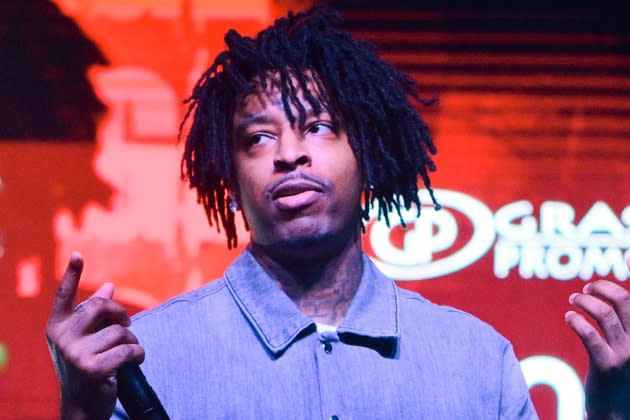 21 Savage says that after witnessing one of his friends getting murdered right in front of him, he’s paranoid all the time.

“I’m scared of everybody, n-gga. I’m not f-cking Rambo. I move scared. Hell yeah I’m scared. Scared n-ggas stay alive. ‘Cause I done seen it. I’m not one of them n-ggas who just — n-gga, I been shot. I seen my friend die, in my face, on my birthday. In the car, too,” he told DJ Akademiks.

He continued, “It ain’t like it’s like, oh we just standing on the block and a drive-by happen. I’m talking bout right here, n-gga. He in the drivers seat, I’m in the passenger seat type sh-t.”

He added: “So I know like, n-gga, this sh-t get wicked fast, like that, you know what I’m saying? So it’s like, I’m just paranoid always, 24/7, n-gga. I think somebody following me. I’m spinning the block a couple of times before I go in the house.”

21 Savage was also deeply affected by Takeoff’s recent murder. He says that Takeoff would only ever fight to help one of his brothers. Takeoff was laid to rest in Atlanta last week.