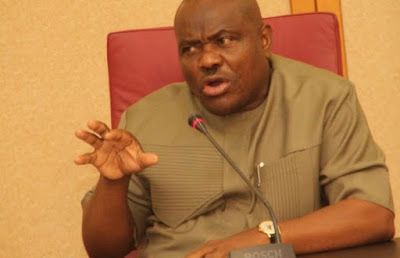 Rivers Governor Nyesom Wike threw bants on Friday, September 16, 2022, when he said he wasn’t like his Kogi counterpart, Yahaya Bello.

He spoke at the launch of a book, “Selected Leading Judgments of the Court of Appeal and Supreme Court,” authored by retired Justice Abdu Aboki.

What Wike said: Wike said his visit to the nation’s capital reminded him of his defeat during the Peoples Democratic Party (PDP) presidential primary in May.

The governor noted that it was his first time in Abuja after losing the PDP ticket to former vice president Atiku Abubakar.

“When I landed and passed through the venue.l, I said I think My Lord intentionally wanted me to remember 28 and 29 of May of what happened.”

Wike said unlike Bello who had visited Abuja severally since losing the All Progressives Congress (APC) ticket, he remained in his state.

“I am not like Yahaya Bello who since he lost he comes to Abuja everyday”, he joked.

The Rivers helmsman hailed Justice Aboki’s commitment to the protection of justice and rule of law.

Wike described Aboki as a consummate jurist who has left his name “indelibly in the sands of time and judicial history”.

Wike identifies Nigeria’s problem: According to the governor, Nigeria and its democracy can only survive if the judicial system is strong and alive.

“The Federal Government continues to undermine the rule of law, while political parties and party leaders continue to exhibit utter arrogance and disdain for the electoral laws and the democratic process in their actions and conduct,” the governor was quoted in a statement by his media aide, Kelvin Ebiri.

Wike, however, said that despite the myriad of problems in the country, Nigerians could still trust the nation’s judiciary to save the country by guaranteeing justice, equity and equality to every citizen.