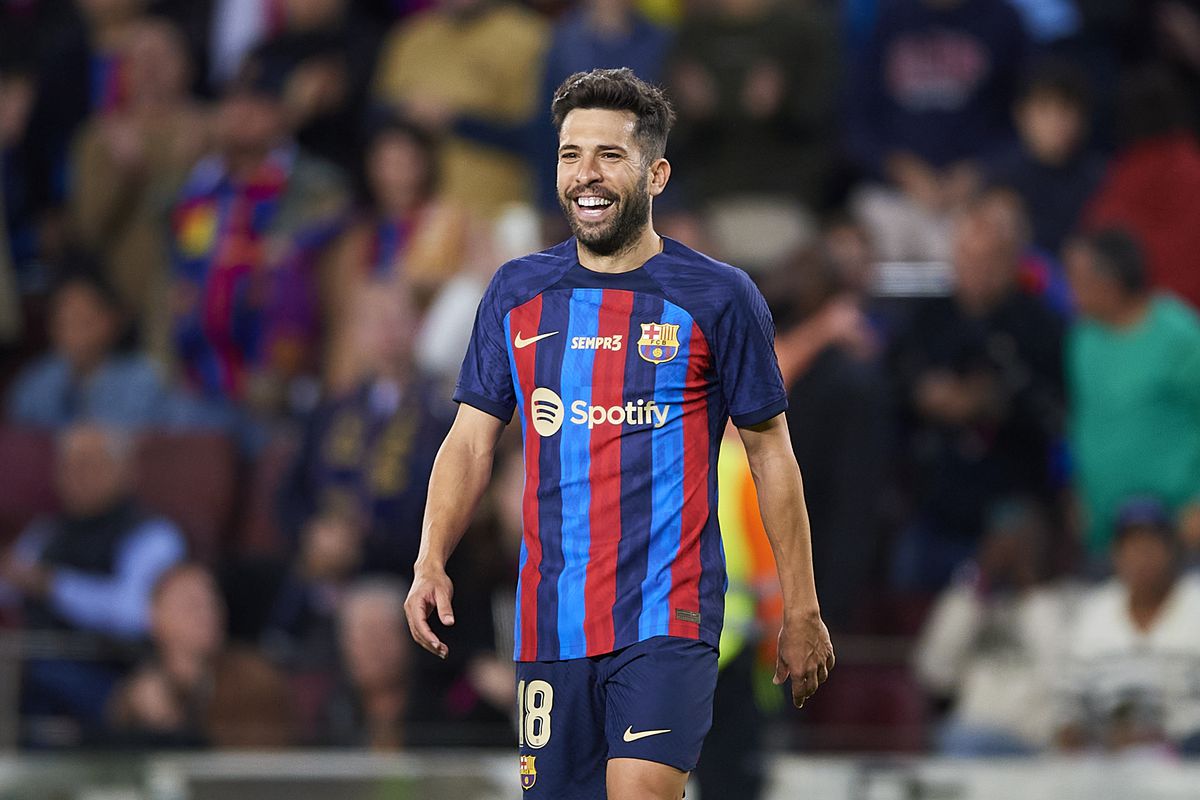 FC Barcelona veterans such as Sergio Busquets and Jordi Alba have come under fire this season for their indifferent performances since the start of the campaign.

While Gerard Pique has recently retired from professional football and Busquets’ contract expires at the end of the season, Alba, in particular, has been the subject of exit rumours due to his inconsistency this season.

There are even reports suggesting that Barça are keen on offloading Alba in the upcoming January transfer window, in order to pave the way for young Alejandro Balde to become the first-choice left-back and to add some new players to their kitty.

However, in a recent press interaction, Alba has shrugged off the rumours, stating (h/t Reshad Rahman), “I want to stay and retire at Barcelona.”

Having featured in 441 competitive matches for Barcelona, Alba’s current contract at Camp Nou does not expire until 2024. He will be 35 by that time, but the veteran has faced criticism for his inconsistent performances and many expect him to leave long before his contract ends.

It appears Alba is aware of the criticism as well. The Spaniard even suggests that he will be prepared to leave if he fails to provide the quality Barcelona are looking for.

“I’ll be the first person to raise the hand and leave the day I believe I no longer have the quality that Barça needs,” he added.

Alba has featured in ten league matches for Barcelona this season. After a disappointing start to the season, he has done relatively well in recent domestic matches. He will look to build on his form as he represents Spain in the upcoming 2022 FIFA World Cup later this month.