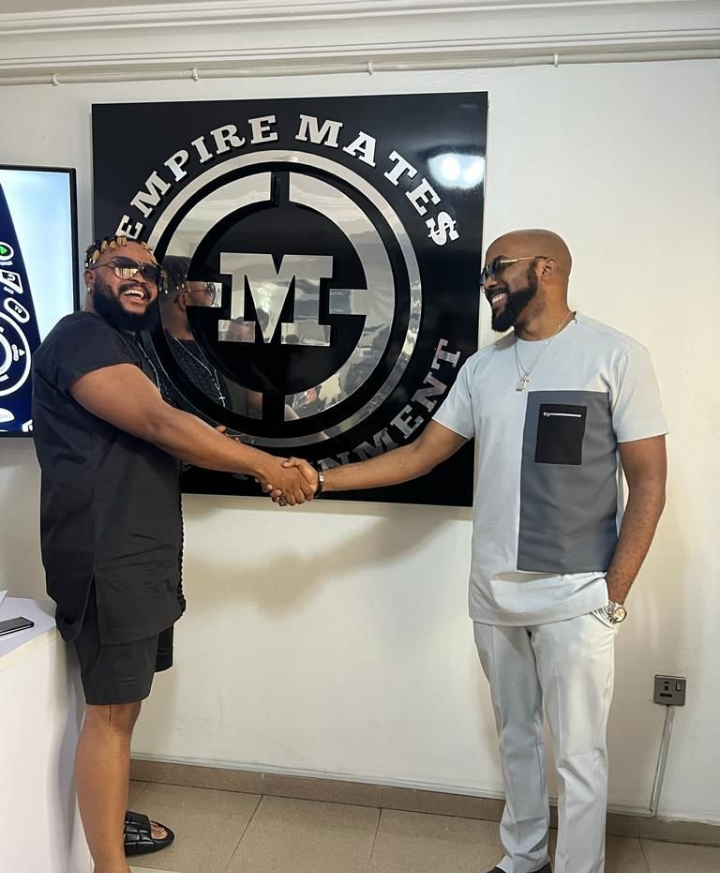 The BBNaija star recently trended over rumors that he got signed to EME.

Singer Banky W, has debunked the online rumors that he signed Whitemoney to Empire Mates Entertainment in a video.

He recently denied the rumors in an interview with Hot FM Lagos, making it clear that he did not sign the reality TV personality.

The musician said that in 2017, EME transitioned from being a record company to a media and marketing organisation. He said that he just assisted Whitemoney in obtaining an ambassadorial arrangement with a business that it advises for.

Banky emphasized that the agreement was just for an influencer campaign for one of the corporate companies that EME works with.

Recall, numerous rumors circulated a few weeks ago that Whitemoney, had been signed as an artist to the EME record company, led by Banky W, as a result of a tweet Whitemoney made.

The ambiguous nature of the caption is what made a lot of people to mistake it as the artiste being signed to the record label.

Now that we are in good hands, let the music flow.

Since winning the Big Brother Naija show, Whitemoney has released up to four songs, Egwu & You Bad being the most recent.