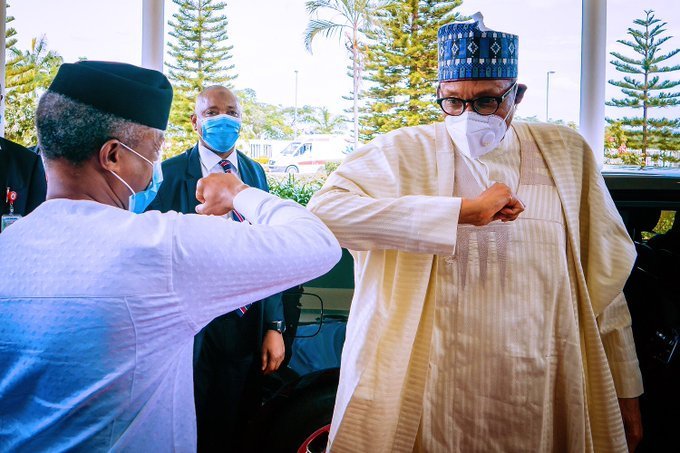 Vice President Yemi Osinbajo has said he would prefer to be called President Muhammadu’s co-pilot and not spare tyre.

Osinbajo spoke at the launch of a book, ‘Deputising and Governance in Nigeria’, authored by Governor Abdullahi Ganduje yesterday in Abuja.

What Osinbajo said: He gave an analogy of the spare tyre widely used to describe the role of the deputy to the president, arguing that a better description would be that of the relationship between a pilot and his co-pilot in an aircraft.

He said: “Imagine a commercial flight with people, including you on a plane, there is the captain, and then there is his deputy.

“The captain flies the plane, but no human being can be completely focused for several hours.

“So, sometimes he gets up and goes to the bathroom while the flight is on; his deputy had better be a good pilot, otherwise lives are at risk.

“Can you imagine a situation where the captain leaves the cockpit briefly and you hear an announcement from the cockpit: ‘Ladies and gentlemen, I am the deputy to the captain.

“The captain is in the restroom, and I am only a spare tyre and I am not sure what to do now?’ If you are in that plane you will ask God for forgiveness for expecting that a deputy or assistant plays no role.”

What you should know: Osinbajo has been trying to get rid of the tag, Spare tyre, since 2018.

Osinbajo, during the vice-presidential debate (against 2019 general elections) organized by the Nigerian Elections Debate Group (NEDG) and the Broadcasting Organisations of Nigeria (BON), emphasized that his roles as the number two citizen are spelt out in the constitution.

He said the demand of the role has since equally increased his grey hair.