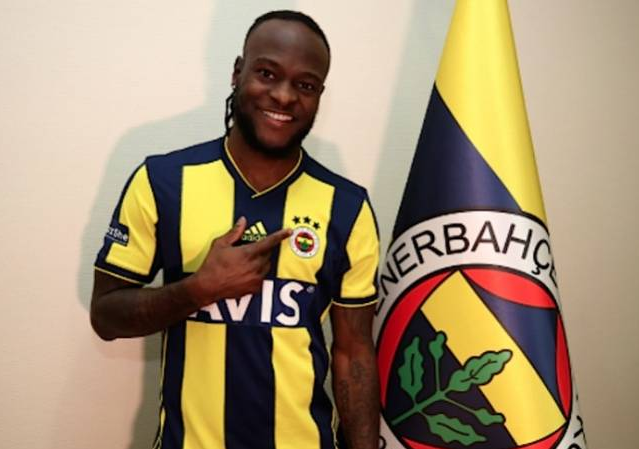 Victor Moses and Spartak Moscow seemed to have had a misunderstanding earlier in the season but all seems well now.

Russian club Spartak Moscow has dispelled rumours that their Nigerian winger Victor Moses might be leaving during the current transfer window.

Moses has been linked with a departure from the Russian side after what looked like a breakdown in the relationship between the player and the club earlier during the summer transfer window.

The former Super Eagles star had allegedly refused to resume pre-season training with Spartak Moscow said to not know Moses’ whereabouts at the time.

However, Spartak Moscow’s press officer Dmitry Zelenov has confirmed that the club is looking forward to keeping Victor Moses, branding previous comments about the Nigerian’s situation as ‘rumours’.

Zelenov told Russian outlet Championat as quoted by Punch that while there is uncertainty about all the players in the squad, except for the Russian players, the club still wants to keep Moses.

The Spartak Moscow official said: “You are operating on rumours. I have talked about this many times and I will say it again: the current situation, the situation does not give us a guarantee for any player, except for the Russians.”

Victor Moses is the best in his position – Zelenov

Zelenov also stated that the club see Moses as one of the best players in the league and would therefore prefer to keep him in the Russian League.

“We are glad that there is such a player in Spartak. We saw what shape Moses got, and how great he plays. We now want to talk about Moses in a football way. Moses is one of the best, if not the best, in his position in the RPL,” the Spartak Moscow spokesperson explained.

Victor Moses has played three league matches for Spartak Moscow this season already, finding the back of the net twice to help the team to second place on the Russian League table.