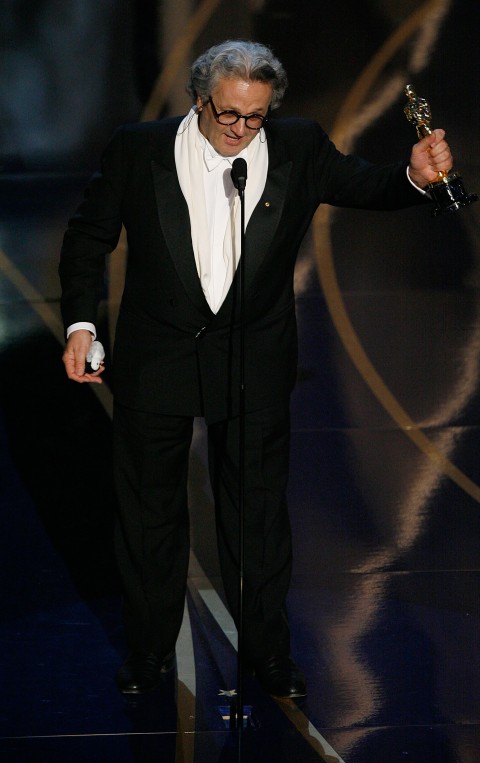 Production on the latest Mad Max movie Furiosa has reportedly shut down after director George Miller tested positive for Covid.

The multi-million dollar blockbuster, which is the fifth instalment in the Mad Max franchise, sees Thor actor Chris Hemsworth play antagonist Immortan Joe as well, while War and Peace actor Tom Burke will star as Dr Dementus alongside The Queen’s Gambit actress Anya Taylor-Joy in the title role of Imperator Furiosa.

It’s both a spin-off and prequel to 2015’s Fury Road which starred Tom Hardy and Charlize Theron.

Filming has been well underway with Marvel star Hemsworth, 38, spotted in costume on set in the Kurnell area of Sydney, Australia last month after production started in June.

However, it’s now claimed that filming has been halted until at least August 15.

It’s said that the film’s legendary filmmaker Miller, who has directed the Max Max movies since the series began in the 1970s, tested positive for Covid on Monday.

According to Daily Mail Australia, the 77-year-old is currently isolating at his home in Sydney.

Miller created the Max Max franchise in 1979 with the first movie starring Mel Gibson in the titular role, and went on to helm the next three, including 1981’s The Road Warrior.

In June, the director explained that he cast rising actress Taylor-Joy after being particularly impressed with her triple-role in Suspiria.

Hailing the 26-year-old, Miller told The Hollywood Reporter: ‘She really is something. She’s an artist and one of the wisest people I’ve ever known. It was the first thing I thought about.

‘In Suspiria, she played three roles, one of which is an old man, so I thought, well, she could play one of the men [in Furiosa]. But unfortunately, there was no role that she would fit. If you force a character into a film, it’s usually the first one to end up on the cutting room floor.’

He added: ‘I would never do that to her, but I definitely wanted to make it happen.’

The Mad Max series was hurled into the spotlight last year when a new book made the explosive claim that actress Theron ‘didn’t feel safe’ with co-star Hardy when they worked together on Fury Road.

In his book Blood, Sweat, and Chrome: The Wild and True Story of Mad Max: Fury Road, author Kyle Buchanan claimed Hardy, 44, and Theron, 47, got into a heated argument when he turned up late to set one day.

He described Hardy as ‘quite aggressive’ and said Theron ‘really felt threatened’ before requesting ‘protection’ on set.

Hardy addressed the incident and said: ‘In hindsight, I was in over my head in many ways. The pressure on both of us was overwhelming at times.

‘What she needed was a better, perhaps more experienced partner in me, I’d like to think that now that I’m older and uglier, I could rise to that occasion.’

Mad Max: Furiosa is expected for release in 2024.