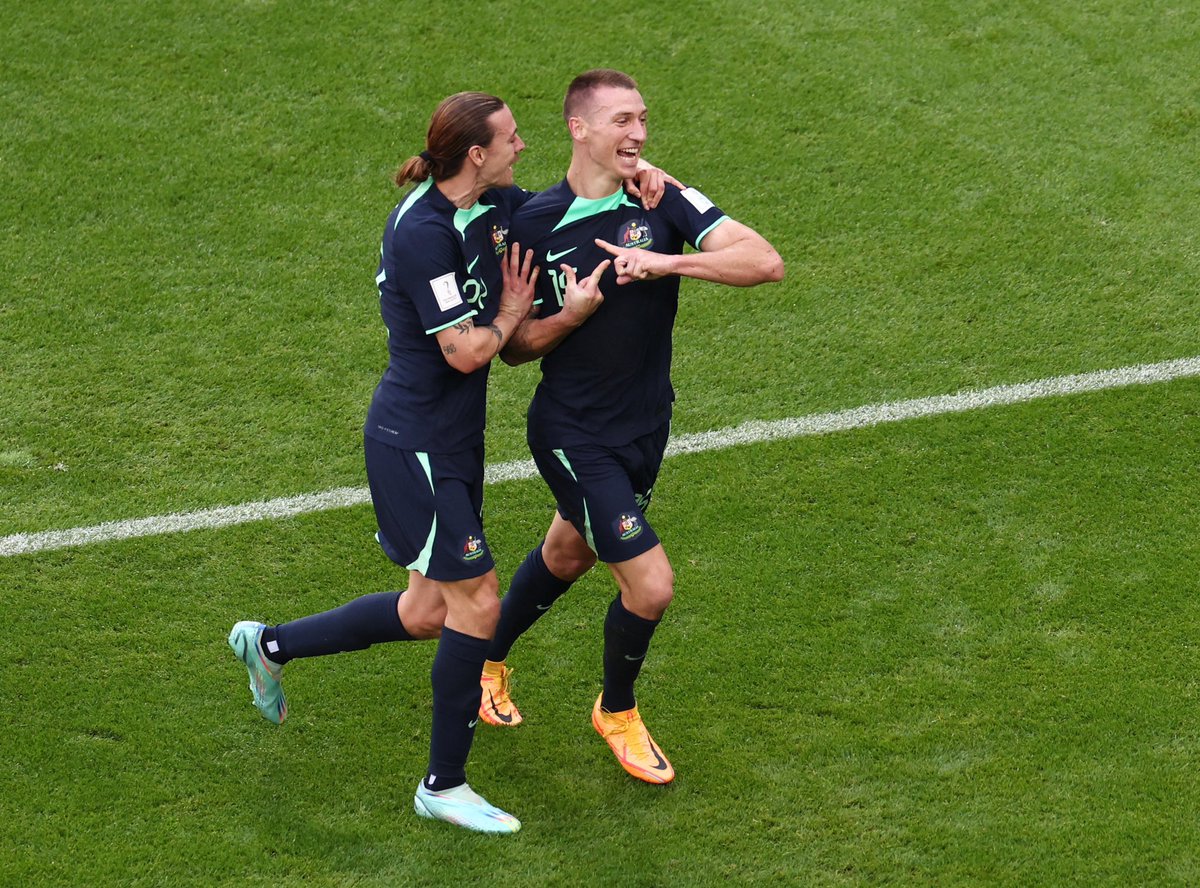 Australia have now given themselves a real chance of reaching the last-16 stage of the competition for just the second time ahead of their final game in the section against Denmark on November 30.

Tunisia, meanwhile, are currently bottom of the section, having picked up just one point from their first two matches, and their final game in the group stage is against world champions France.

The first opening of the match did not arrive until the 19th minute, when Naim Sliti broke clear in a wide area before feeding a pass into Youssef Msakni, but the 32-year-old was crowded out at the final moment.

Mohamed Drager then fired over the Australian crossbar from distance, with Tunisia looking the more likely to make the breakthrough in the opening 20 minutes of the contest.

Australia found the opener in the 23rd minute, though, when Duke expertly flicked a header into the far corner of the net after a Craig Goodwin cross had defected towards the centre-forward.

Harry Souttar produced a stunning block to prevent Drager from levelling the scores in the 40th minute, with the centre-back throwing himself at the ball to deflect it behind for a corner kick.

Tunisia had another huge chance just before the interval when Sliti picked out Msakni with a low cross, but the number seven placed his effort wide of the near post.

The first shot of the second half came from Tunisian substitute Ferjani Sassi just past the hour, but his effort was harmlessly wide of Mathew Ryan’s post, and Australia were relatively comfortable with their one-goal lead.

Australia had a chance to double their advantage in the 71st minute when Jamie Maclaren flashed a low cross towards Mathew Leckie, but the attacker just could not stretch far enough to make the contact, before Ryan made two smart saves down the other end to keep out Msakni.

Msakni remained Tunisia’s biggest threat, and he headed over the crossbar in the 75th minute, before substitute Wahbi Khazri placed one wide of the post in the 89th minute, but Australia held on to pick up a huge three points in their battle to progress to the next stage.