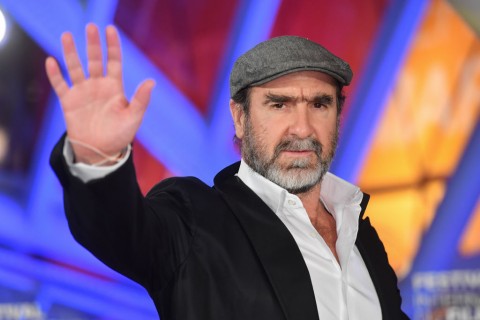 Eric Cantona wanted to return to Manchester United as ‘president of football’ to help restore the club to its former glories, but his pitch was turned down.

The Red Devils legend said he proposed the idea to the former executive vice-chairman of the club Ed Woodward and even had several meetings over the plan.

The 56-year-old feels that the hierarchy at Old Trafford have been very impressive at making money but not so great at winning trophies and he believes he could help bring success on the pitch and make sure the board are investing money sensibly.

However, nothing came of it, which has disappointed the Frenchman, who still believes someone should take on a similar role.

‘I met him a few times. But they did not accept it! I still think me or somebody else, they should have somebody for football. It should be somebody from the club, who knows football and the club.

‘Since Ferguson retired in 2013, the club doubled their revenue but didn’t win anything.

‘So imagine if you succeed in football and also have great people in marketing, then instead of doubling the revenue, then you would treble it. But they do not understand that. The club spends a lot of money. But you have to spend it well.