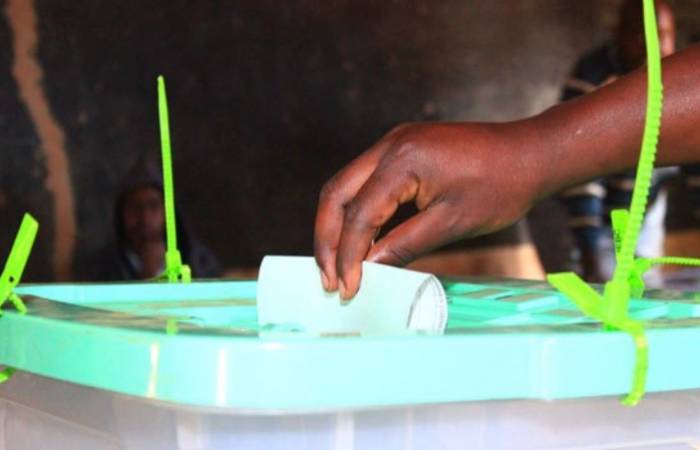 Ahead of the 2023 general election, the Commandant-General, Nigeria Security and Civil Defence Corps, Ahmed Audi, on Thursday, assured that elections will be held in all parts of the country.

Audi also pledged that citizens will enjoy maximum protection while casting their votes.

The CG stated this when he received the Country Director, Transparency International Nigeria, Auwal Rafsanjani, in Abuja.

In a statement signed by the Corps spokesperson, Olusola Odumosu, Audi reiterated that the cruciality of the 2023 general election requires a multi-agency approach.

He, therefore, called on all security and law enforcement agencies in the country to come together and synergise in order to uphold, defend and sustain Nigeria’s democracy.

The statement read in part, “Audi informed that, historically, elections are marred by violence but assured that the forthcoming elections will be successfully conducted against the expectations of naysayers who believe that we cannot get it right in Nigeria.

“The Corps helmsman affirmed that the Corps will collaborate with civil society organisations to inform the populace against incitement of violence, thuggery, hate speeches and other forms of electoral malpractices and crime.

“He hinted that personnel of the Corps are undergoing a series of training and workshops to educate them on how to conduct themselves before, during and after elections as all hands must be on deck and none is expected to fall short of expectations.”

Rafsanjani extolled the Corps for working hard to protect critical national assets and infrastructure in the fight against pipeline vandalism and economic sabotage.

He encouraged the CG to continue working on the right path towards ensuring a safe and secure society.

He explained that Nigeria requires collective efforts to make things better and called for more engagements and collaboration with the civil societies which are critical stakeholders in election monitoring as the 2023 election draws nearer.