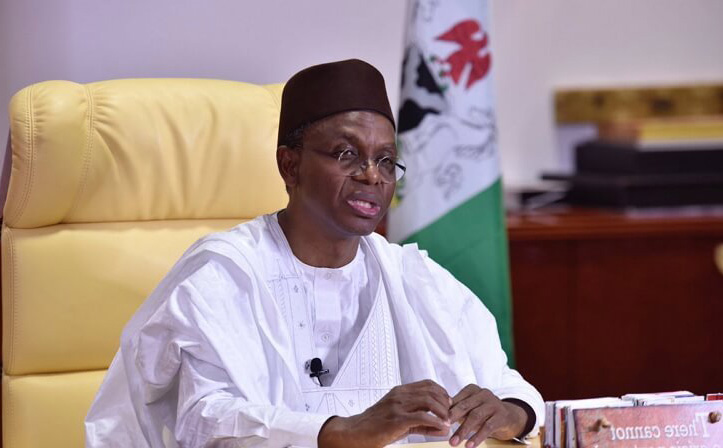 Stakeholders and chieftains of the All Progressives Congress, on Tuesday, set up a high-powered committee to reconcile aggrieved party members and halt the gale of defection in Kaduna State.

The development was coming five days after the APC National Vice Chairman (North-West) Malam Salihu Lukman, announced that efforts were ongoing to reconcile aggrieved party members and stop the gale of defection reported in Kaduna and Kebbi states.

Lukman disclosed that stakeholders and party leaders of the North-West-had met to review and take a decision to douse the rising tension at the zonal level.

The APC vice chair made the clarification after a meeting of the North-West APC leaders last Thursday night at Katsina Governor’s Lodge in Abuja.

At least, 15 chieftains of the APC in Kaduna State have dumped the party, citing lack of internal democracy.

One of the defectors had told our correspondent that 500 additional members would join them over unresolved matters at the state party level.

The APC Legal Adviser in Jema’a Local Government Area, Ibrahim Samuel, in a letter addressed to his Ward Chairman, said, “His decision to dump the party was based on the internal crises of the party, lack of internal democracy and total disrespect.”

Another statement jointly signed by Barnabas Samuel and Ibrahim Samuel (Oganto) lamented that the names that emanated during the last party congress were entirely different from the ones brought to be used for the primary.

In Kebbi, hundreds of the APC members also dumped the party for the opposition Peoples Democratic Party on Thursday in the Argungu local government area of the state.

The horde of aggrieved party supporters who defected were led by Mansur Yargyra, a former House of Representatives hopeful in the ruling APC.

According to Yargyra, he left the party over the act of injustice meted to many members of the party by certain selfish elements, who did not have the love of the party at heart.

But Lukman reiterated that a high level committee would be set up in each state to address the issue of alleged imposition of candidates and other abuse of privileges with a view to reconciling all aggrieved members.

According to him, politics is all about contest, adding that it is normal to have disagreement during negotiation among party members.

In fulfillment of his earlier promise, Lukman announced again in another statement signed by APC Zonal Publicity Secretary (North West), Musa Mailafiya Mada, on Wednesday morning that a high powered reconciliatory committee led by El-Rufai has been constituted in Kaduna.

The APC vice chair stated that the committee “will be saddled with the responsibility of reaching out to co-contestants of all the elective positions that did not win their primaries for the forthcoming 2023 general elections and other aggrieved party members in the state.”

He said that the order came up when the Zonal Leadership of the APC visited Kaduna on Tuesday on a continued fact finding tour of the North West Geopolitical Zone.

The statement read, “the National Vice Chairman of All Progressives Congress North-West, Malam Salihu Lukman, urged participants to be sincere in their contributions because to him, the worst thing people can do in time like this is lying to themselves.

“As witnessed in all the states visited by the zonal officials, numerous issues were raised and deliberated upon but post primary election reconciliation takes the center stage. As a result, stakeholders therefore, decided to setup a committee of highly respected individuals among party men and women across senatorial districts of the state to form the Reconciliatory Committee at the state’s level.

“The Local Government Reconciliatory Committees will also be constituted afterwards. Respected party members were nominated by the participants for the task and the Governor assured the meeting of his readiness to give necessary support for the success of the Committee’s assignment before campaign starts.”