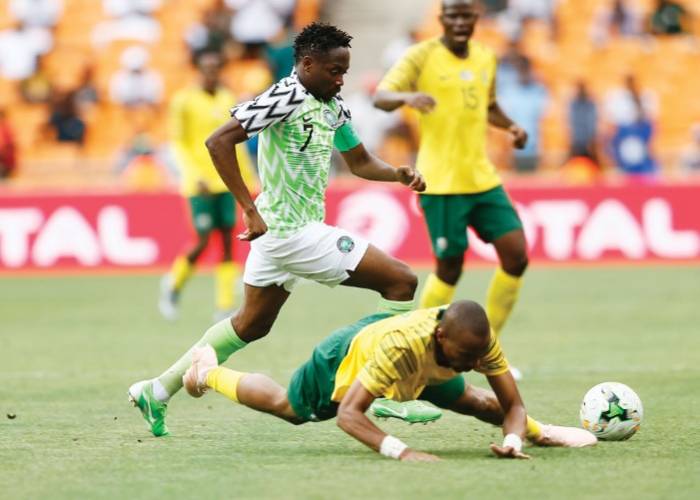 Super Eagles captain, Ahmed Musa, said the team hid in the dressing for three hours over fear of being attacked by fans after Nigeria failed to qualify for the 2022 Qatar World Cup.

The Eagles needed a win against Ghana at the Moshood Abiola Stadium, Abuja in March to qualify for the World Cup after playing a goalless draw at the Baba Yara Stadium in Kumasi, but they could only manage a 1-1 draw, which saw the Black Stars qualify for the global football showpiece on the away-goal rule.

Ghana had a poor outing at the Africa Cup of Nations in Cameroon in January, where they were knocked out of the tournament in the group stage, with their Serbian coach Milovan Rajevac fired.

The odds were against the Black Stars, with the Eagles as clear favourites to pick the World Cup ticket over the Otto Addo-led rivals, who edged Musa and his teammates to the slot.

The disappointment angered fans, who invaded the pitch and destroyed parts of the stadium.

Reflecting on the ugly incident, the 29-year-old Eagles captain said the players hid in the dressing room for more than three hours.

“After the (Ghana) game, we the players were in the dressing room for three hours. We could not go out because of the fans. Everybody was angry about the result,” he added.

“That stadium was at its best that day. NFF did their best. We stayed in one of the best hotels in Abuja.

“It’s just the luck that we didn’t have that day. So, we don’t have to blame anyone. We, the players, have to take the blame.”

Seeking his third World Cup appearance in Qatar, having represented Nigeria at the 2014 and 2018 editions, the Fatih Karagumruk forward said he was left disappointed with the country’s failure to qualify for the Mundial.

“It was a very big disappointment for me because the World Cup is one of the best tournaments that as a player you want to go there,” the former Leicester City winger told Arise TV.