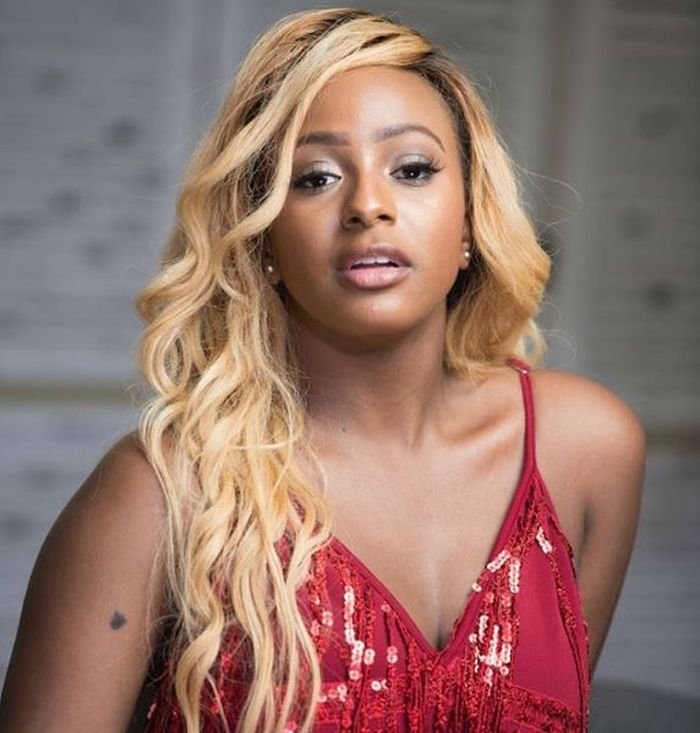 The Gelato crooner who appeared surprised when her boyfriend went on his kneels to pop the question followed her ‘yes’ with a passionate kiss on stage.

Audience present screamed and cheered on the love birds in excitement.

This is coming barely six months after her sister, Temi got engaged to Nigerian singer, Mr Eazi.

Reactions have continued to pour in with many expressing shock that Dj Cuppy was in a relationship.

That's how women do. "God when" "God when" but they are in a 4 years romantic relationship with one of the best guys in the world. Iro ti ba aiye yin je

I just woke up and saw that DJ Cuppy is now engaged. This was someone who has always claimed to be single here. Lmao not everyone who tweets “God when” here is actually single. Some people are in a sweet relationship and are God whening with you.🤣Congratulations to Cuppy 🎊🍾

As DJ Cuppy was single till she got engaged, that’s how I’ll be single till I post my court wedding pictures. For now, I’m still single like a singleton. Let me be cheering you people that are posting “my man”.

DJ cuppy went from not having man to being engaged..Use the whole of today to fear women