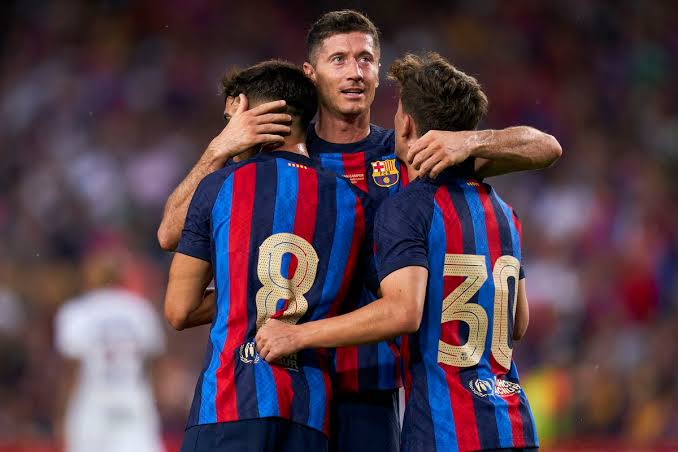 Barcelona finished their preparations for the new season in style with an amazing 6-0 win over Pumas UNAM in the Joan Gamper Trophy at the Spotify Camp Nou. The Catalans played some magical football in the first half and continued the fun throughout the 90 minutes, and the home crowd was treated to an incredible show in the preseason finale.

The first 20 minutes of the game were an absolute thrill ride: Barça played magical attacking football, scoring four amazing goals in a stretch of play that we might see very few times this season. It was truly breathtaking, with combination play and movement of the very highest level regardless of how weak the Pumas defense looked.

Robert Lewandowski got the party started, scoring his first goal for the club in amazing fashion after a great assist by Pedri and an incredible finish from an improbable angle; Lewa then returned the favor just one minute later and assisted Pedri who rounded the keeper before scoring against an empty net.

Five minutes after that it was time for Raphinha and Ousmane Dembélé to join the party as the Brazilian came up with the assist and the Frenchman fired the ball home with a powerful low shot. Barça kept attacking and creating some beautiful offense, with Raphinha and Lewandowski both hitting the post before the fourth goal which came with amazing backheel flick from Lewa and another excellent finish by Pedri.

Barça ran the clock out in the final 20 minutes of the period, and at halftime the win was in the bag thanks to a sensational performance.

Despite seven changes at halftime Barça continued to attack and play loose and fun football in the final period, and they made it 5-0 just four minutes in when a beautiful passing combination ended with an assist for Franck Kessie and a tap-in for Pierre-Emerick Aubameyang.

Even though the pace slowed down quite a bit the Blaugrana continued to dominate possession and create chances, and the sixth goal came when Frenkie De Jong stole the ball from a Pumas player in midfield and found the back of the net with a nice finish.

The final whistle came a few minutes later, and Barça have won the Gamper with their best performance of this preseason and look very, very good ahead of the new campaign. The signings look like a perfect fit, and this team is pretty strong right now.