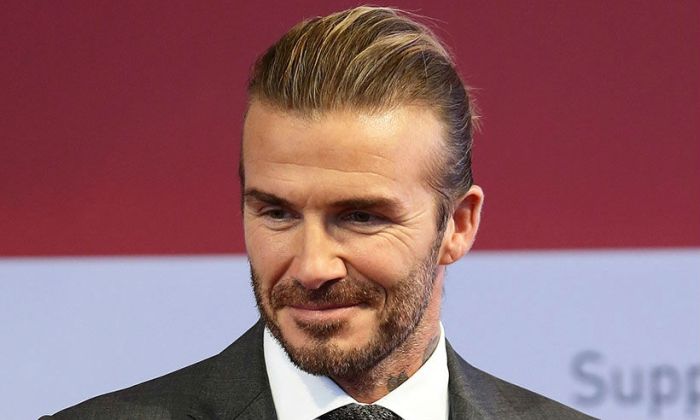 While our current crop of England stars look to the future and we hope a successful month or so in Qatar at the upcoming World Cup, one of our most famous former Three Lions has taken a step back in time and returned to his roots to put a little back into a game that served him so well.

For Disney+ offering Save Our Squad with David Beckham, the former Manchester United and England No.7 has briefly exchanged his glamorous life in LA and lush surroundings of the Cotswolds for the grittier pavements of east London, his childhood home and the place where the young Becks first honed his remarkable talents.

In this four-part series Beckham has been called in to help save the young lads at Westward Boys Under-14s from the threat of relegation.

The Echo League’s Premier Division is a competition the 46-year-old knows only too well having played in it himself before superstardom came calling and he swapped Ridgeway Rovers – who can also boast of once having a certain Harry Kane among their number – for the likes of United and Real Madrid.

Having brushed all aside on their way up to the top division, Westward are finding things a little harder in a league where the boys are bigger, and the going is tougher.

Rooted to the foot of the table as Beckham turns up for his first look at his new side, he finds a group low on morale and lacking in confidence but what better way of lifting the mood of a dressing room after an 8-0 drubbing than the arrival of a fist-pumping global superstar.

It’s a little staged, as is to be expected, but it’s also heartwarming stuff and although Becks looks lovely in all of his many close-ups it’s his young charges, aided by the true unsung heroes of this series, coaches Ade and Edwin, that steal the show.

Having come under fire recently for agreeing a lucrative deal to be a World Cup ambassador in Qatar this shows Becks in a more favourable light, but whether he can work his magic for the boys of Westward is another matter. Suffice to say come the finale you’ll be rooting for this bunch. But will there be a happy ending?

Bambi’s mum might disagree but Disney rarely lets us down.