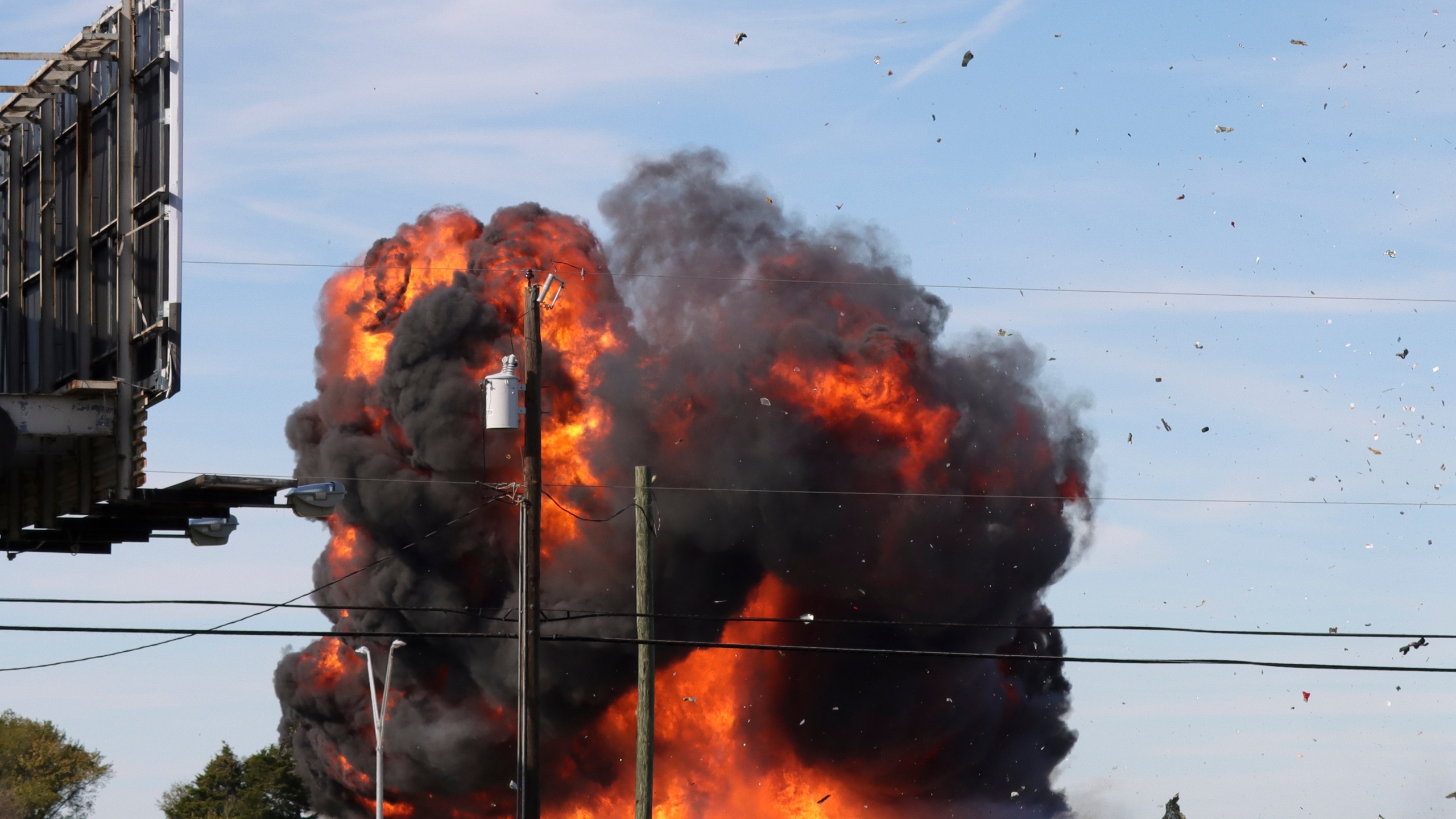 Two World War II-era airplanes collided in midair at an air show in Dallas on Saturday, the authorities said, turning the commemorative Veterans Day weekend event into a scene of horror.

As reported by NYTIMES, — a Boeing B-17 Flying Fortress and a Bell P-63 Kingcobra — crashed at about 1:20 p.m. local time, the Federal Aviation Administration said. The crash happened at the Wings Over Dallas air show at Dallas Executive Airport, which is about 10 miles south of downtown Dallas.

Videos posted online appeared to show a fast and agile airplane slamming into a larger aircraft as horrified onlookers watched.

Leah Block, the vice president of marketing for the Commemorative Air Force, the group behind the air show, could not confirm how many people were involved in the crash or casualties, but said the Kingcobra was a one-seater and that the Flying Fortress may have had four or five people on board. The Commemorative Air Force restores and preserves World War II-era combat aircraft, according to its website.

Hank Coates, the president of the Commemorative Air Force, said at a news conference that the group’s pilots were well-trained and licensed volunteers, typically former airline or military pilots. He said a midair collision at an air show like this was “extremely rare.”

Paul Martin, a member of the Army Air Forces Historical Association, said that the Flying Fortress was a lumbering bomber that was like a “tractor-trailer truck,” big enough to carry a crew of 10 or 11 people, while the Kingcobra was a single-pilot fighter plane.

“It’s heartbreaking for me to hear this, both on a human level and a historical level,” he said.

The F.A.A. and the National Transportation Safety Board will investigate the crash, the F.A.A. said.

Dallas Mayor Eric Johnson said on social media on Saturday that there were no reports of injuries to spectators or those on the ground. He said that much about the crash remained unknown or unconfirmed.

“The videos are heartbreaking,” he said. “Please, say a prayer for the souls who took to the sky to entertain and educate our families today.”

Ms. Block said there were about 4,000 people at the event, which is meant to educate people about World War II history and honor the contributions of veterans. She said that the group owned the two aircraft involved in the crash, along with more than 180 other planes at 60 locations across the country. About 15 planes were taking part in the event on Saturday.

Christopher Kratovil, a lawyer in Dallas, took his 12-year-old daughter, Kelsey, a history buff like himself, to the air show on Saturday. Mr. Kratovil said his father used to take him to air shows when he was a child.

“It’s just an amazing thing to see these aircraft that you read about in the pages of a history book, there and tangible, and you see them flying and operating,” he said.

He said there were several aircraft flying at the same time, perhaps about eight, a mix of bombers like the Flying Fortress and fighters like the Kingcobra. The event included a narrator describing the significance of the aircraft, with patriotic music playing in the background.

Mr. Kratovil said the Flying Fortress appeared to be doing a flyby near the crowd, a common move meant for attendees to get a good look.

Then he saw the explosion.

His first thought was it could be pyrotechnics, but he quickly realized there was no way to do midair pyrotechnics. He then saw a wing come off the B-17 and then the fuselage of the plane fall to the ground, followed by fireballs and a loud crash.

In 2019, another B-17 bomber was involved in a deadly crash. Seven people were killed after a Flying Fortress that took off from Bradley International Airport, near Hartford, Conn., crashed into a de-icing facility shortly after takeoff, according to the National Transportation Safety Board. The agency found that pilot error and inadequate maintenance contributed to the crash.

Mr. Martin, from the historical group, watched videos online over and over again on Saturday night and struggled to make sense of the crash.

“It’s not like the Thunderbirds or the Blue Angels that are highly skilled pilots and practice and practice and try to fly within feet of each other,” he added, referring to the well-known demonstration squads. “These are show planes. These are 80-year-old aircraft.”