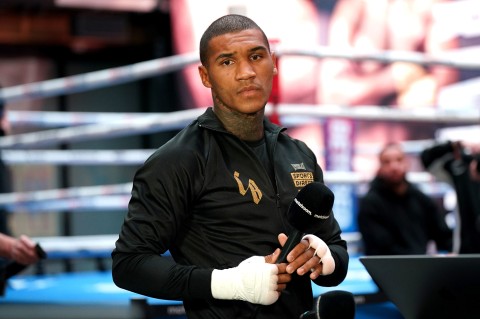 Conor Benn has suggested ‘contamination’ as the reason for his failed drug tests ahead of the planned fight with Chris Eubank Jr.

Benn failed voluntary tests carried out by the Voluntary Anti-Doping Association (Vada) in July and September, but insists he has not taken any banned substance.

The tests showed trace amounts of the fertility drug clomiphene, which Benn says could have got into his system through a contaminated substance.

‘Trace amounts were found. The tiniest of traces. The only thing I can think of is contamination,’ Benn told the Sun. ‘I’ve not taken anything. I never have done, never would. It’s not what I stand for, it’s not what my team stands for.

‘If you Google this substance, it stays in your system for months. Do I look like an idiot? The traces were so low there was no benefit. The science will prove that. I’ve got the best scientists on this. And I am now spending a lot of money trying to prove my innocence here. A lot of money.

‘You are talking about me really trying to prove my innocence and get to the bottom of what has happened here. I passed all my Ukad [UK Anti-Doping] tests, which people aren’t talking about. I’ve passed all my tests in and out of camp. I’ve been a professional for seven years and never failed a test.’

Benn has now voluntarily relinquished his license with the British Boxing Board of Control and says he does not want to fight again until his name is cleared.

‘I wouldn’t want to fight without this being resolved. But should I really care about playing the system? I do, so I wouldn’t,’ he said.

‘But part of me thinks, if people are portraying me as the villain, I might as well be the villain. I haven’t really decided yet. I won’t fight until this is resolved, with a foreign licence or not. Whether people believe it or not is not down to me. But there comes a stage where you harden and think: “Eff you, then.”‘