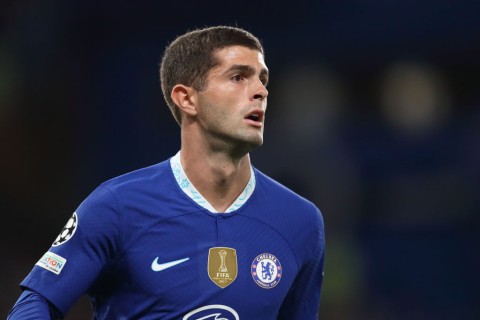 Christian Pulisic insists he is ready to ‘prove himself’ under new Chelsea manager Graham Potter.

The United States international struggled to secure a regular role in the team during Thomas Tuchel’s reign and has even hit out at the German’s selection decisions.

But the 24-year-old says he is now ‘excited’ to challenge for a place in Potter’s side.

‘I have a fresh start now, and I’m excited to play for the new manager. So really just looking forward to it.

‘I just have to prove myself, as everyone does, and as I’ve done before.’

Meanwhile, former United States international Brian Dunseth insists Pulisic should not be his side’s focal point during their World Cup campaign in Qatar.

‘You can’t trust Pulisic,’ Dunseth said on his SiriusXM podcast.

‘As much as you want to believe in Pulisic, as much as he’s been hyped to be the everything that everybody thinks he can be or wants him to be, the reality is he’s not.

‘He’s a really good player but he is a complimentary piece. He is not a focal point and that’s what people have to understand… Pulisic makes your team better but Christian Pulisic isn’t going to be the guy that is the Christian Eriksen of the US men’s national team.