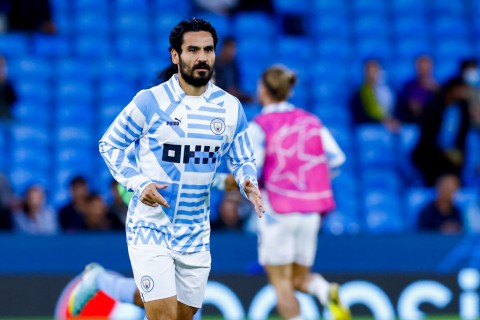 The 31-year-old Germany international midfielder has entered the final year of his contract, which expires in the summer of 2023.

Barcelona are not giving up hope on signing Gundogan’s team-mate Bernardo Silva – who remains their No.1 target – but they will target the German if they cannot convince Pep Guardiola to change his mind over the Portugal star.

And that looks likely, given Guardiola ruled out an exit for Silva in the summer.

‘Bernardo Silva will stay at Man City, there are no negotiations,’ Guardiola told reporters in August.

‘He will stay here. We don’t have any phone call from any club regarding Bernardo Silva. That’s why he will stay. I tell you, he will stay.’

Spanish outlet Mundo Deportivo report that Barcelona will submit an offer to Gundogan if he does not sign a new deal at City and leaves the club next summer.

Ilkay Gundogan has now scored more goals for Germany (16) than he scored for Borussia Dortmund (15).

It took him 96 fewer appearances. 👏 pic.twitter.com/JY1QvQ2RKr

The club are keen to bring in a midfielder, with uncertainly still surrounding Frenkie de Jong, who was has been strongly linked with Manchester United and Chelsea and could still leave in January or next summer.

Gundogan, meanwhile, has scored 51 goals across 263 games for City since he joined from Borussia Dortmund in 2016.

He has won four Premier League titles during his time at the club as well as four League Cups and the FA Cup.

Gundogan was named in the PFA Premier League Team of the Year and Champions League Squad of the Season for the 2020-21 campaign.

Last season, he won the Premier League’s first ever Game Changer award, handed to the player with the single most game-changing performance over a season, for his two late goals against Aston Villa on the final day which secured the title.