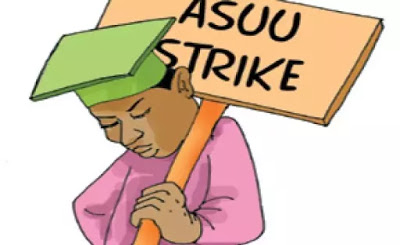 The recent pronouncement by Academic Staff Union of Universities (ASUU) declaring “total and indefinite strike” has been denounced by the National Association of Nigerian Students (NANS) as “unpatriotic and evil,” and the association has urged state-owned universities to resume classes.

This appeal was made in a statement issued on Wednesday by the NANS President, Sunday Asefon.

Asefon further claimed that because ASUU retains employment at numerous private colleges around the nation, the decision to extend the industrial action beyond six months was simple for them.

He said, “We have taken the time to review the decision of ASUU to declare an indefinite strike after the ongoing six-month strike. We consider the decision not only unpatriotic, unnecessary but wicked and definitely not in the interest of our nation nor the tertiary education system in Nigeria.”

The NANS President asked the ASUU leadership in state institutions to follow the road of honour and end the strike.

In a statement released on Monday, ASUU President Emmanuel Osodeke had stated that the union’s National Executive Council in Abuja “decided to transform the roll-over strike into a complete, entire and indefinite strike action beginning at 12.01 a.m. on Monday, August 29th, 2022.”

Osodeke claimed that during the past five and a half years, the Federal Government of Nigeria has engaged ASUU in pointless, never-ending negotiations without a showing of the utmost fidelity. As a result, the union has been subjected to “a lot of high-level dishonesty.”