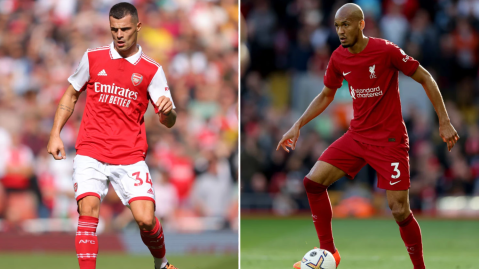 Premier League leaders Arsenal host Liverpool in north London later today, with The Gunners looking to continue their push for their first league title in over 18 years.

Mikel Arteta has guided Arsenal to the Premier League summit with seven wins from eight games, with the Spaniard’s young guns producing some brilliant performances along the way.

Meanwhile, it has been a tale of woe for Liverpool and Jurgen Klopp this season, who have summoned just two victories from seven league matches.

The Reds have struggled with injuries and defensive solidarity this year and results and performances have taken a major dip compared to their sensational form of recent seasons.

The Londoners will enter the match as favorites but will be weary of the threat that wounded animal Liverpool can pose to their Premier League title charge.

Here is your brief ahead of today’s game.

What time does Arsenal vs Liverpool start?

Arsenal vs Liverpool will take place today (October 9) at 4.30pm.

The fixture will be held at the Emirates Stadium.

How to watch Arsenal vs Liverpool on TV and live stream?

Super Sunday will begin at 1pm on Sky Sports Premier League, with coverage switching exclusively to the match on both channels from 4pm.

Sky customers can watch the action live on the Sky Sports website and on the Sky Go app.

Sky Q and Sky+ customers can add Sky Sports Premier League and Sky Sports Football to their existing deals for an extra £18 a month.

What is the Arsenal and Liverpool team news?

Arsenal left back Oleksandr Zinchenko is the club’s only new injury concern ahead of the game.

The Ukrainian missed training on Wednesday and was absent from Arsenal’s Europa League victory over Bodo/Glimt on Thursday, with Kieran Tierney looking set to start in his absence.

Arteta made eight changes in the 3-0 win over the Norwegians and could revert back to the starting XI which swept aside Tottenham in the north London derby last weekend.

In the Liverpool camp, summer signing Arthur will not be making the trip to the capital after struggling with the muscle injury which kept him out of the Champions League win over Rangers in midweek.

Curtis Jones and Andy Robertson are back in training and are closing in on a return, while Naby Keita and Alex Oxlade-Chamberlain still have some way to go before a return to full fitness.