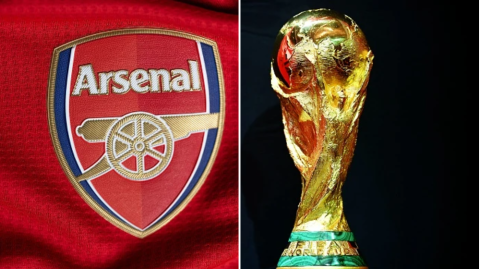 Arsenal are reportedly planning to play three friendly games during the World Cup break in November and December.

With the football season going on a six-week break, the Premier League have allowed clubs to arrange mid-season friendlies to help maintain the fitness of players not travelling to Qatar.

Several of the Gunners’ biggest stars are set to go to the World Cup, but a few notable names will be left behind including Kieran Tierney, Martin Odegaard and Oleksandr Zinchenko.

Given how brilliantly Arsenal have started the season, top of the league after 11 games, Mikel Arteta will be looking to keep his side in as peak condition as possible for when the season resumes on Boxing Day.

As such, The Athletic have reported that the league leaders have plans to play three friendlies during the break with one potentially taking place at the Emirates on December 17, the day before the World Cup final.

The other two games will more than likely take place in Dubai, where Arsenal will be taking non-World Cup players for some warm-weather training.

It is not known who they could play in these friendlies, though some reports have speculated that Liverpool and AC Milan are potential opponents.

Arsenal’s last game before the World Cup begins is on November 12 when they travel to Wolves and their first game after the tournament will be at home against London rivals West Ham on December 26.

Mikel Arteta has previously spoken about the difficulty of preparing for the unprecedented mid-season World Cup, saying: ‘We don’t know how that’s going to affect us, so we have to look at the overall picture.

‘You have to go game by game. Performances and how players are physically and mentally will dictate how much we use them, but the schedule is hectic and we need to think carefully.’