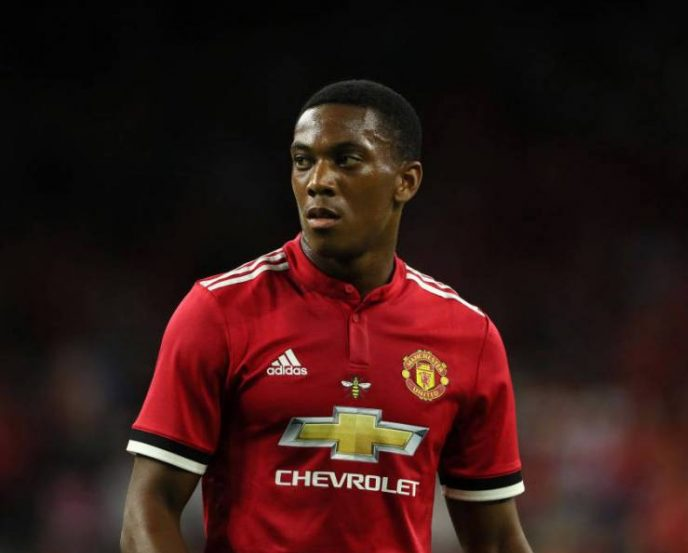 Benzema became the latest world star to be ruled out of Qatar 2022 on Saturday night after suffering a thigh injury in what was his first training session with Les Blues squad.

The 2022 Ballon d’Or winner is facing at least three weeks on the sidelines with his World Cup campaign officially over.

Didier Deschamps has until Monday night to bring in a replacement to his 26-man squad with United star Martial among the list of candidates.

L’Equipe report there are three front runners to come in with Wissam Ben Yedder and Moussa Diaby alongside Martial.

The report suggests Monaco captain Yedder could hold an advantage as he is already in Doha on holiday with his family. The 32-year-old has won 19 caps for his country and has scored 10 goals in 21 appearances for his side this season.

Bayer Leverkusen star Diaby has also been in good form this season, scoring eight times in his wide role for the German side.

Martial meanwhile has made 30 appearances for France since his international debut in 2015 but was not in the squad in 2018 when Deschamps’ side won the World Cup in Russia.

The 26-year-old has not represented his country since October 2021 but has shown glimpses of fine form for United this season, albeit in a campaign that has been hampered by injury.

Martial has been limited to just three starting appearances this term, hitting four goals in that time with United boss Erik ten Hag naming him his first-choice striker and key to any success United enjoy this term if he can stay fit.

Benzema meanwhile has passed on a message of good luck to his teammates, insisting his replacement will have a greater role to play in Qatar in the coming weeks.

‘In my life I have never given up but tonight I have to think about the team as I have always done so reason tells me to leave my place to someone who can help our group have a good World Cup,’ Benzema wrote. ‘Thank you for all your messages of support.’