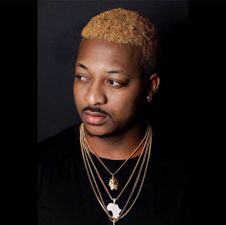 Nollywood actor, Ikechukwu Ogbonna, who gained prominence in 2015 when he was nominated for the African Magic Viewer’s Choice Awards, talks about his passion for football in this engaging interview with PETER AKINBO

Did you indulge in sports while growing up?

Yeah, I played football and basketball almost every day because we had Physical and Health Education classes, so, we were supposed to engage in almost every sport, including long jump.

Did you attend any tournaments?

No, I wasn’t good enough to make it to the school team.

Was sports what you actually wanted to take as a career?

I wish I were a footballer. I mean, they’re making so much money. Don’t get me wrong, I have passion for it, but there’s also money there, so my business side is always on alert.

What club do you support?
Chelsea. I joined Chelsea in the early 2000s when Jose Mourinho arrived. I was an Arsenal supporter at first because of Nwankwo Kanu, but then Mourinho came and I moved to Chelsea. The thing about football is, if your spirit likes a particular club, it’s not something you can control, you don’t choose your football club just like that.

How did you feel last season with Chelsea in general, including the return of Romelu Lukaku?

Last season was very challenging. They say when you get to the top, that’s when you begin to face a lot of challenges to test your true character. We had been jumping from one coach to the other, and we finally found a stable coach in Thomas Tuchel and we thought we bought a player that would take our game to the next level because even though we won the Champions League, our major issue that season (2020/21) was the finishing. We created many chances but we hardly finished them. We needed a top No.9. We made approached Erling Haaland, but because of the fee at that time, we opted for Lukaku, which was a terrible mistake. It was a very challenging period really, from COVID to having issues with the former boss, Roman Abramovich and the UK Government, with the sanctions and the injuries. At a time, we were top of the table, but started having injuries to key players, it was a very challenging season and it’s a good thing that we were able to go through. It was that time that we had Lukaku granting a ridiculous interview. I’m glad we’ve passed through it; the best is ahead of us.

Where would you rank Lukaku among Chelsea’s worst signings?

Lukaku is the worst signing in the history of English football. That was a sign of gross unprofessionalism on his side, there’s no way that a club pays over €100m for you, showing enormous trust and faith in you, only for you to grant an interview insulting the club because the other players were not playing to your style. As a professional, if they’re not playing to your style, you try to fit into the style of the club because the club comes first, and as a top striker, you should be able to score goals anyway, that’s your job. The way he handled everything was terrible, leaving after one season and taking a salary reduction to go back to Inter. I don’t know whether he wanted to punish Chelsea, for me he’s the worst signing on every level.

What do you think of the Chelsea No.9 curse?

I feel no one should get the No.9 jersey again. They should hang it and bury it. The curse started right from (Hernan) Crespo, to everyone that has won the jersey. The only person that I feel the curse didn’t affect much is maybe Tammy Abraham.

What’s your opinion of the Super Eagles?

The Super Eagles are a bunch of fantastic players, but poor management and the politics in everything that happens in Nigeria affects them. I feel we should be better than we are today. We can do better if we take away politics from the game and allow the players to flourish.

I would have said (Cristiano) Ronaldo or (Lionel) Messi, but I think they’ve lost the pace. They used to be back then, but I think N’golo Kante is now my favourite player. In the Eagles, my best player is Victor Osimhen, he is an outstanding player.

Would you support your children in sports?

Yeah, I am a fan, so, I would support my kids as much as they would want me to. I won’t try to force them. My son was even in a football academy when he was in Nigeria. That’s how much I love football, so if I identify anything in my child, I’ll push it as a father.

Do you regret not taking sports as a career?

I have no regrets in life, everything happens for a reason. If I were playing football, I probably won’t be where I am today. I believe that every step and what you do in life changes your future, you’re only where you are because of the decisions that you’ve made.