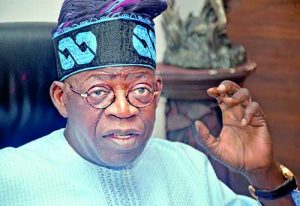 Mr Bayo Onanuga, Director of Media and Publicity APC Presidential Campaign Council (PCC), announced this in a statement on Friday in Abuja.

Onanuga said they told Justice Binta Nyako of the Abuja Judicial Division of the Federal High Court that the suit was unauthorized and that the masterminds were dismissed officials of the party.

He said Justice Nyako, in a ruling on Nov. 22, approved the application by the duly elected chairman and secretary to be joined in the suit.

He recalled that Action Alliance had filed the case against INEC as first defendant, the APC as second defendant, Sen. Bola Tinubu as third defendant and Sen. Kashim Shettima as fourth.

The APC PCC Director of Media and Publicity added that by the approval, the court upheld the argument of the officials that the suit was never authorized by the appropriate organs of the party.

This, he said, was especially as those who filed the action had been determined by the Court of Appeal as unfit for office.

Onanuga said the case for joinder was filed by Mr Adekunle Rafiu Omo-Aje, the National Chairman and Ambassador Suleiman Abdulmalik, the National Secretary of the Action Alliance respectively.

“Both informed the court that Kenneth Udeze, who initiated the suit, had been sacked by the Appeal Court and that both, who were the only officers recognized by the party at no time authorized the suit.

“Both averred that the action being prosecuted in the court was not authorized by the party and that proponents in the case were meddlesome interlopers with no capacity or authority to act on the party’s behalf.

“Opposing the application, the respondents filed a 15-paragraph counter-affidavit which argued that the application be dismissed because it failed to comply with Order 26 Rule 3 of the Federal High Court,” Onanuga said.

He added that while ruling on the matter, Justice Nyako declared that the main consideration in a joinder application was if the applicant seeking to be joined was a necessary party in that the decision would affect them one way or the other.

“The plaintiffs and respondents have not placed anything that would convince the court not to allow them into the case.

“I am of the opinion that they are necessary to the case to determine if the case was properly instituted or not.

“Consequently, the application succeeds and the applicants are hereby joined as parties to this action as Defendants,” Onanuga quoted the Judge as saying.

According to him, Justice Ishola of Babatunde Ogala chambers stands for the APC, Thomas Ojo for Tinubu while Mr C.I. Ibenegbu stands for Shettima, Tinubu’s Vice-Presidential running mate.