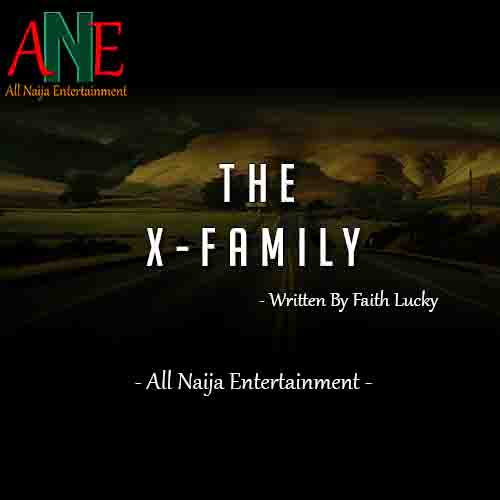 Octava gasped as Khalid crashed his lips on her. Huh?

His hand moved to the back of her head as he pulled her close for the kiss and although, Octavia wasn’t expecting it, but she welcomed it anyway.

She placed her hand on his shoulders and almost moaned as he made the kiss so perfect, his lips tasting milky, although, mixed with a little scent of alcohol and cigarette.

Few seconds later, he unlocked from the kiss but held onto her hair.

“Thank you”‘ he muttered in such a tone that could hardly be heard, although Octavia was still able to hear him

Her cheeks flushed and her heart fluttered with excitement. Khalid kissed her!

Oh! What exactly is he doing to her??

She lowered her gaze as usual, feeling so shy already. Then, Khalid let go of her hair and resumed driving.

***********
Octavia felt more relieved after the kiss as the tension in her body suddenly died off. But she still felt a little nervous, knowing they were meeting up with Michael.

She knows Michael. He’d never want to help Khalid voluntarily. And she knows Khalid – he’s never going to take no for an answer.

So, either ways, there’s definitely gonna be war between them and she was sure it wasn’t something she’d want to experience.

“You need to direct me, Octavia. Which way should I go?” Khalid asked after a while and Octavia reluctantly gave him the direction.
*
As they drove, it dawned on Octavia that she was actually in her hometown – the city she was born and brought up. Where could her father be? Was he still alive?
.
Well, of course; that monster!! He never showed her love while growing up, instead, all he could do was sell her off to a ruthless man just because he needed money for his wife’s medications. How sickening!

The thought of everything that had happened kept piercing through her heart and made her feel nothing but hate towards her father.

She could remember that day; the day he’d wanted to sell her out. She pleaded with him and asked him not to because she hated the X-family, but he turned her down and said:
“You barely have a meaning here, Octavia. But being with this man would add some value to your life. So, go with him and let’s have the money”.

Those were his exact words.

They’d hurt her so bad and made her feel weak. But she made a promise to herself that she wasn’t going to prove that man completely wrong.
*
*
After a very long drive, the car came to a stop as they got to their destination.

“That’s it?” Khalid asked, staring at the building in front of him and Octavia just nodded – nervously.

Then, he opened the door and left the car and of course, Octavia followed. She didn’t have a choice tho.

She walked behind him like a kitten as they approached the entrance of the shop and walked in. When would they leave huh? It was getting so dark already.

Wow! The shop was looking so full and restocked.

“Yes, welcome. How may I help you please?” The clerk man stated warmly as soon as they walked in.

He was different from the clerk Octavia had seen the last time she was there.

Khalid knew he wasn’t the Michael he came for because his appearance didn’t fit it.

“I’m here to see Michael” he stated bluntly as he walked closer to him and placed his both hands on the table.

“Micheal isn’t around, but I can help with whatever you need. Just tell me ” the clerk replied and Khalid glanced at Octavia.
Somehow, he felt reluctant creating a dirty scene in front of her – at least, not with someone who wasn’t Michael.

“I’m gonna ask you one last time” he turned back to the man. “Where is Michael?”

“What do you want?” They heard a voice and he turned to see it was Michael.
Well, obviously, it had to be him.

Octavia felt her heart skip as soon as she showed up and she danced her eyes on the floor so they wouldn’t have to exchange contacts.

“If I’m not mistaken” Michael scoffed. Master Khalid of the X-family is really in my herbal store? What a pleasant surprise”.

“I wouldn’t call it a surprise, tho” Khalid smirked as he moved closer to him “At least, not until we’re done’.
.
They were standing so close to each other, their feet were almost touching.
. then, Michael took his eyes to Octavia who couldn’t even look at them.

“You finally brought your boss to my office?” He chuckled. “What could you possibly want this time around?”

“Octavia shouldn’t be your problem, but me”. Khalid stated gruffly and Michael looked at him.

He was trying so hard to keep calm for the meantime because he really needed the antidote.

“I need something from you” he began. “Something that can break a bond between a nother and her son”.

“My mother’s been tormenting me for some days now even without seeing me. I need something to break the connection she has with me that gives her such access to hurt me” he further said and for some seconds, Michael was silent.
Then, he smirked:
“I’m sorry, Khalid, but I’m not helping you” he replied bluntly and Khalid’s eyes dimmed.
He didn’t need to ask why.

“So, when you’re done talking, you can leave” he added and tried walking away, but Khalid stopped him.

“Ever since I walked through that door, I’ve been fighting so hard not to burn you up” Khalid said. “So, don’t give me a reason to”.

“You can’t harm me with your Powers, Khalid” Michael said with a smirk.
“I’m well protected and no demon from the X-family can you touch me. So, leave when you’re done”.

But Khalid smiled instead.

“I don’t need my powers to bring you to your knees” he said gruffly and before Michael would realize what was going on, Khalid gripped him by the neck and pushed him towards a counter.

Octavia flinched as she watched Michael grunt and crashed along with the items on the floor.
To Be Continued… . . .